Connect
To Top
NewsFebruary 25, 2014 This post may contain affiliate links

Acetaminophen (Tylenol) During Pregnancy Linked to Behavioral Disorders in Children 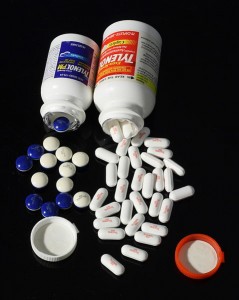 Acetaminophen is the most commonly used pain reliever during pregnancy. Although the majority of women can safely take the drug during pregnancy, previous research has linked acetaminophen to hormone disruption, a process that may impact fetal brain development.

For the present study, researchers including Zayan Liew of the University of California, Los Angeles studied 64,322 children and mothers enrolled in the Danish National Birth Cohort between 1996 and 2002. To access the use of acetaminophen during pregnancy, researchers interviewed the mothers via three computer-assisted telephone interviews during pregnancy and six months after the birth of the child.

More than 50% of the mothers reported using acetaminophen during pregnancy.

The researchers also retrieved hyperkinetic disorders diagnoses before 2011 from the Danish National Hospital Registry or the Danish Psychiatric Central Registry and identified prescriptions for ADHD through the Danish Prescription Registry.

The children of the mothers who used acetaminophen during pregnancy were more likely to receive a  hyperkinetic disorders diagnosis, more likely to exhibit ADHD-like behaviors at age 7, and more likely to use medications for the disorder.

The risk for behavioral disorders increased when mothers took acetaminophen during more than one trimester of pregnancy.

The researchers believe that exposure to acetaminophen during pregnancy could explain the increasing prevalence of ADHD and other childhood behavioral disorders.

In an accompanying editorial, Miriam Cooper of Cardiff University School of Medicine in the United Kingdom cautions that the link between acetaminophen and an increased risk of childhood behavioral disorders has not yet been determined as causal, adding:

“Findings from this study should be interpreted cautiously and should not change practice. However, they underline the importance of not taking a drug’s safety during pregnancy for granted, and they provide a platform from which to conduct further related analyses exploring a potential relationship between acetaminophen use and altered neurodevelopment.”

Pregnant women should consult with their health care provider about using any medications, acetaminophen included, during pregnancy.