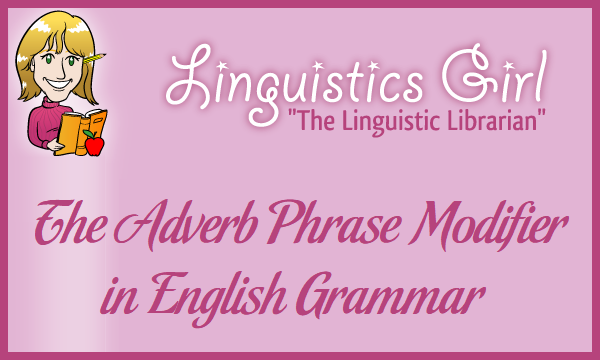 Adverb phrase modifiers in English grammar are words and phrases that that modify or describe an adverb or adverb phrase.