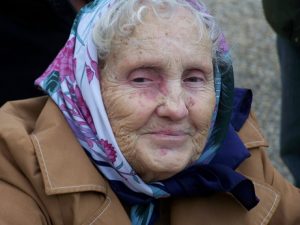 Alzheimer’s disease is a form of dementia characterized by a worsening progression that eventually leads to death. The disease affects approximately five million individuals in the United States including 3.2 million women.

The estimated lifetime risk of developing Alzheimer’s disease at age 65 is 1 in 6 for a woman compared with nearly 1 in 11 for a man. The most common theory for the increased rate of the disease among women is an average longer lifespan among women than among men. Another theory is that women have different brain structures to men, which puts women at increased risk of cognitive decline or dementia. Other theories include hormonal differences and gene variants. Unfortunately, none of the theories are conclusive.

Furthermore, although breast cancer is a concern for older women, women in their 60s are about twice as likely to develop Alzheimer’s over the rest of their lives compared to the risk of developing breast cancer.

“Through our role in the development of The Shriver Report: A Woman’s Nation Takes on Alzheimer’s in 2010, in conjunction with Maria Shriver, we know that women are the epicenter of Alzheimer’s disease, representing majority of both people with the disease and Alzheimer’s caregivers. Alzheimer’s Association Facts and Figures examines the impact of this unbalanced burden.”

The report also reveals that women are more afraid of the possibility of developing Alzheimer’s disease (58 percent) compared to men (43 percent). There are 2.5 times more women than men providing intensive care 24 hours a day for another person living with Alzheimer’s disease.

Comments Geiger about the importance of the report:

“Well-deserved investments in breast cancer and other leading causes of death such as heart disease, stroke and HIV/AIDS have resulted in substantial decreases in death. Comparable investments are now needed to realize the same success with Alzheimer’s in preventing and treating the disease.”

Another recent study found that older women with both diabetes and high estrogen levels have an increased risk of dementia compared to women without the combined conditions.

Women in their 60s twice as likely to develop Alzheimer’s disease over the rest of their lives as they are breast cancer: http://www.alz.org/news_and_events_women_in_their_60s.asp