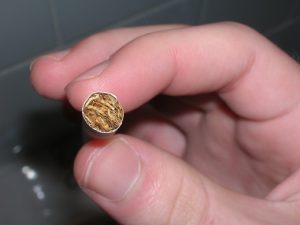 Smoking cigarettes increases the risk for many health problems such as lung disease, heart disease, stroke, and cancer. Previous research found mortality among current smokers at rates two to three times higher than among individuals who never smoked. Now a new study published in the New England Journal of Medicine suggests that estimates about the number of Americans who die from smoking-related causes are too low.

The present study funded by the American Cancer Society (ACS) found that smoking kills about 480,000 individuals in the United States annually. However, the estimate excludes tens of thousands of Americans who die from diseases not currently linked to smoking — but which perhaps should be.

For the study, researchers including Dr. Eric J. Jacobs, strategic director of Pharmacoepidemiology at the ACS, reviewed data that covers nearly a million Americans age 55 and older over a time period of about ten years from five large studies including the ACS Cancer Prevention Study-II, the Health Professionals Follow-up Study, the Nurses’ Health Study, and the National Institutes of Health AARP Diet and Health Study.

The data included over 180,000 deaths including nearly 16,500 deaths among current smokers. As expected, the analysis indicated that current smokers had a nearly three times higher risk of death than individuals who never smoked, with most deaths occurring from established smoking-related diseases including twelve types of cancer, stroke, coronary heart disease, and chronic obstructive pulmonary disease (COPD), which includes chronic bronchitis, emphysema, and chronic obstructive airways disease.

However, the researchers additionally found that a substantial portion of the excess mortality among current smokers resulted from associations with diseases that have not been formally established as caused by smoking. Approximately 17 percent of the excess deaths occurred from diseases such as intestinal ischemia (narrow or blocked arteries in the gut), kidney failure, infections, hypertensive heart disease, and various types of respiratory disorders outside of COPD. The risk of excess death associated with each additional disease decreased when participants gave up smoking.

According to the study, smoking also resulted in smaller increases in risk of death from breast cancer, prostate cancer and cancers of unknown sites, none of which have been formally classed as caused by smoking.

The researchers argue that, although not officially regarded as a result of smoking, strong evidence exists that suggests that disease like intestinal ischemia, kidney failure, infections, hypertensive heart disease, and non-COPD respiratory disorders should be categorized as smoking-related.

Conclude the researchers, “These associations should be investigated further and, when appropriate, taken into account when the mortality burden of smoking is investigated.”

“If the same is true nationwide, then cigarette smoking may be killing about 60,000 more Americans each year than previously estimated, a number greater than the total number who die each year of influenza or liver disease.”

Another recent study found that maternal smoking is one of a number of risk factors that could prevent childhood obesity — or increase the risk if not modified.