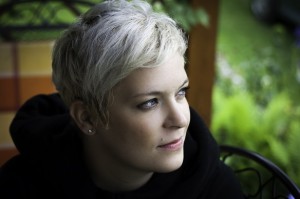 Despite current recommendations for yearly breast cancer screenings, annual screening for the disease does not reduce the likelihood of death any more than physical examination or usual care in women between the ages of 40 and 59, suggests a new study published in the journal BMJ.

Researchers in Canada led by Prof. Anthony B. Miller recently compare breast cancer and death from the disease in women aged 40 to 59. A total of 89,835 women from 15 screening centers in six Canadian provinces participated in the study. Some of the women underwent mammography screening while others did not.

The researchers then followed the participants for up to 25 years.

During the follow-up period, 180 women in the mammography group and 171 women in the control group died from breast cancer.

Comments Prof. Miller on the findings:

“It is true that if you find cancer early it could be at a more treatable stage. But there is no evidence that early detection affects the inherent biology of the cancer. Indeed it is possible that finding the cancer at an earlier stage will result in undertreatment. There is some evidence that is so.

“In our study, and in some other screening studies, those whose cancers were detected by mammography seemed to have more rapidly progressive disease. In addition, the mere fact that a cancer is detected by screening does not guarantee a benefit from detecting that cancer.”

Prof. Miller does acknowledge that a change in recommendations will be met with resistance:

“The greatest resistance will come from radiologists, who are convinced that finding cancers results in benefit, and who also benefit financially from that belief. We have demonstrated that is not so. Others whose advice resulted in the establishment of breast screening programs will also feel threatened.

“It is unfortunate that although we maintain we should practice evidence-based medicine, when that evidence is produced, there will be many who will seek the means to discredit that evidence because it is against their vested interests.”

Do you get an annual breast cancer screening?