Connect
To Top
NewsJanuary 15, 2014 This post may contain affiliate links 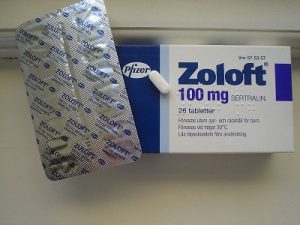 Babies exposed to antidepressants during pregnancy may have an increased risk of developing persistent pulmonary hypertension, or high blood pressure in the lungs, says a new review study published in the journal BMJ.

Persistent pulmonary hypertension of the newborn (PPHN) is a life-threatening condition that occurs when a baby does not change from fetal to normal newborn circulation. Due to high blood pressure in the arteries to the lungs, blood is forced away from the lungs, which decreases the supply of oxygen in the body. Untreated PPHN is life-threatening.

Previous research on antidepressants during pregnancy have noted a potential link between selective serotonin reuptake inhibitor (SSRI) intake and PPHN, although the association has been unclear. SSRIs are a specific type of antidepressant.

To further investigate the link, if any, between antidepressants during pregnancy and PPHN, researchers led by Sophie Grigoriadis of the Sunnybrook Health Sciences Centre in Ontario, Canada assessed seven studies that focused on the possible association between antidepressant use during pregnancy and persistent pulmonary hypertension of the newborn.

The researchers looked at only SSRIs, excluding other types of antidepressants.

Upon looking at the results of all seven studies, the researchers concluded that exposure to antidepressants during pregnancy, specifically exposure to SSRIs during the third trimester, increased the risk of PPHN.

There was no link between antidepressant use during early pregnancy and an increased risk of PPHN.

The researchers note that the risk of PPHN remains low, with only two in every 1,000 newborns developing the condition. However, women who are considering using antidepressants during pregnancy, specifically during late pregnancy, must understand the potential risks. State the researchers:

“It is imperative that the mother’s health be weighed heavily in treatment decisions; she and her family must be counseled on both the risks of exposing the fetus to antidepressant drugs and the risks of severe depressive illness.

“Pregnant women considering or using SSRIs and their families should be educated about persistent pulmonary hypertension of the newborn, how the symptoms can range in severity, what treatments are available for it at the institution where the birth will take place, and that it can typically be managed successfully if it does occur in the context of SSRI use.”