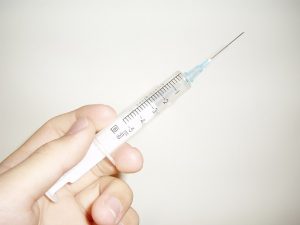 The World Health Organization (WHO) has approved an innovative and affordable meningitis vaccine for infants in sub-Saharan Africa that can rid the area of disease outbreaks through routine vaccination.

Meningitis is an acute inflammation of the protective membranes covering the brain and spinal cord caused by infection with viruses, bacteria, and other microorganisms. Meningitis A is a bacterial infection that currently threatens 450 million individuals, mostly children and young adults, across 26 countries in the sub-Saharan meningitis belt that stretches from Senegal and the Gambia in the West to Ethiopia in the East. The disease kills within hours, and thousands die in years with large outbreaks.

Treatment for meningitis A comes at a high cost, both financial and physical. One in ten individuals infected die within two days, and one in four survivors must live with permanent disabilities such as paralysis, blindness, hearing loss, seizures, and intellectual disability.

Fortunately, a highly effective and cost efficient vaccine exists to fight meningitis A outbreaks: MenAfriVac. Four years ago, the vaccine had an immediate and dramatic impact in breaking the cycle of meningitis A epidemics in Africa. Last week WHO approved the vaccine for use in infants, paving the way for protecting millions more children at risk of the deadly disease.

States Dr. Marie-Pierre Préziosi, director of the Meningitis Vaccine Project (MVP), a partnership between the global health nonprofit PATH and WHO:

“Initial mass vaccination campaigns with MenAfriVac® have been highly effective in reducing the number of meningitis A cases. But epidemics will return when rising numbers of unprotected newborns become a larger proportion of the total population over time. Now, with this decision, health officials will be able to ensure that population-wide protection is sustained by routinely immunizing infants.”

Manufactured by Serum Institute of India Ltd (SIIL), MenAfriVac had previously been authorized for use in children and adults between the ages of 1 and 29 years old. Over 215 million individuals in fifteen countries of the African meningitis belt have received the vaccine since 2010. The newest approval by WHO allows children under the age of 1 to also receive the meningitis A vaccine.

“Developing the MenAfriVac® vaccine fit exactly Serum’s ingrained philosophy of bringing down prices of vaccines so that under-privileged children of the world are protected. We at Serum Institute are extremely proud of being part of an international partnership that brought an end to a public health issue that has been plaguing sub-Saharan Africa for more than a century.”

Recent clinical studies have determined the safety, immunogenicity, and optimal dosage and immunization schedule for administering MenAfriVac to infants and toddlers alongside other routine childhood vaccines in Africa. After reviewing two infant clinical studies in October 2014, the WHO Strategic Advisory Group of Experts (SAGE) on Immunization recommended a one-dose schedule at 9 months of age or older of the meningitis A vaccine to achieve sustainable disease control following the initial vaccination of 1 to 29 year olds beginning in 2010.

The WHO prequalification allows United Nations procurement agencies to purchase the meningitis A vaccine for use in routine vaccination programs in meningitis-belt countries while serving as an endorsement of quality for countries interested in adopting the vaccine.

“The benefits of childhood immunization last a lifetime and the MenAfriVac® vaccine is one of the greatest success stories that shows what partners can accomplish when we commit together to a compelling cause. Prequalification of the MenAfriVac® vaccine for infants clears the way for the routine immunization of every child before his or her first birthday to ensure long-term meningitis control.”

Adds Dr. Jean-Marie Okwo-Bele, director of the WHO Department of Immunization, Vaccines and Biologicals: