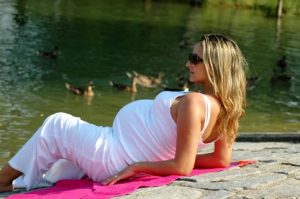 Women who conceive with the help of assisted reproductive therapies are at an increased risk for serious birth complications including stillbirth, preterm birth, low birth weight, and neonatal death, says a new comprehensive study from researchers at the University of Adelaide in Adelaide, Australia published in the journal PLOS One.

Led by Professor Michael Davies of the Robinson Institute at the University of Adelaide, the researchers compared the outcomes of more than 300,000 births in South Australia over a period of 17 years. More than 4,300 of the total births resulted from assisted reproductive therapies such as in-vitro fertilization (IVF), intracytoplasmic sperm injection (ICSI), ovulation induction, and cryopreservation of embryos.

In-vitro fertilization involves combining eggs and sperm outside the body and then placing the embryo in the uterus. Ontracytoplasmic sperm injection enhance the fertilization phase of IVF by injecting a single sperm into an egg. Ovulation induction is the stimulation of ovulation by medication. Embryo cryopreservation is the process of preserving an embryo at a sub-zero temperature.

“These outcomes varied depending on the type of assisted conception used. Very low and low birth weight, very preterm and preterm birth, and neonatal death were markedly more common in births from IVF and, to a lesser degree, in births from ICSI. Using frozen embryos eliminated all significant adverse outcomes associated with ICSI but not with IVF. However, frozen embryos were also associated with increased risk of macrosomia (big baby syndrome) for IVF and ICSI babies.”

The results of the present study confirms related work in Europe and Australia that concluded that treating infertility with assisted reproductive therapies increases the risk of adverse outcomes for newborn babies.

Prof. Davies notes that more research needs to be conducted on the birth outcomes associated with assisted reproductive therapies:

“More research is now urgently needed into longer term follow-up of those who have experienced comprehensive perinatal disadvantage. Our studies also need to be expanded to include more recent years of treatment, as the technology has been undergoing continual innovation, which may influence the associated risks.”

In addition to concluding an overall increased risk of serious birth complications associated with assisted reproduction, the present study is also the first to make a comparison with pregnancies in women who were diagnosed with infertility but who never received infertility treatment.

Women diagnosed with infertility but who conceived naturally were also at an increased risk for serious birth complications, as Prof. Davies explains:

Women diagnosed with infertility must be aware of the increased risk for stillbirth, preterm birth, low birth weight, and neonatal death linked to the use of assisted reproductive technology.