Connect
To Top
NewsMarch 3, 2014 This post may contain affiliate links 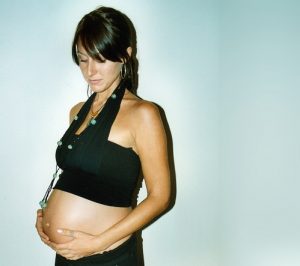 Although women must gain some weight to maintain a healthy pregnancy, gaining too much extra weight is detrimental to the health of both mother and baby. Overweight or obese women who believe the old-fashioned “eating for two” adage during pregnancy are more likely to gain excessive weight, say researchers at Penn State College of Medicine.

Normal weight women should gain 25 to 35 pounds during pregnancy, overweight women 15 to 25 pounds, and obese women 11 to 20 pounds. Overweight is defined as having a body mass index (BMI) of 25 to 29 and obese as a BMI greater than 29.

For the present study, the researchers interviewed 29 postpartum women who were considered overweight and obese prior to pregnancy. Of the total women, 11 gained appropriate levels of weight during pregnancy while 18 exceeded recommendations.

The researchers asked the women in the study about diet habits, experience with morning sickness, and physical activity habits during pregnancy.

The women who gained recommended levels of weight stuck to a meal plan, chose foods carefully, had little or no increase in the amount of calories consumed, and exercised as much or more during pregnancy as before.

Explains Chuang, “Overall, the women were more goal oriented in terms of regulating weight during pregnancy.”

The women in the study who gain more than the recommended levels of weight described the experience as “eating for two.” These women also had fewer goals, exercised less than usual during their pregnancy, made less healthy food choices, ate more as a result of cravings. None of the women who gained too much weight met the federal exercise guidelines.

How did you think about weight gain during pregnancy?

Woman Thinking About Her Pregnancy: http://www.freeimages.com/photo/418543