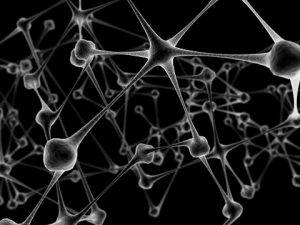 A group of scientists from Columbia University in New York claim to have found the cause of autism in some patients. According to the study, autism often occurs when too many connections, or synapses, exist in the brain.

In a brain without autism, a process known as pruning occurs early in life. That pruning removes unneeded synapses, which then allows the brain to communicate with itself without unneeded disruptions.

The group of researchers examined mice with autistic traits. The researchers discovered that the protein mTor was overly abundant in individuals with autism. The protein can cause pruning issues, leading to an overly-abundant number of brain connections.

After discovering the increase in mTor proteins in the brains of the lab mice, the researchers injected the mice with the drug rapamycin, a prescription-grade narcotic used to suppress the immune systems of transplant patients. Almost immediately, researchers witnessed a decrease in the number of autism traits in the mice.

According to the study as published in the journal Neuron, researchers hope that the information discovered in the new study can help treat individuals with autism in the future. However, the researchers also note that the side effects of rapamycin are numerous and therefore the drug is not a current candidate for treating individuals with autism.

Professor Jeffrey Lieberman, chair of psychiatry at Columbia University Medical Center in New York, comments on the findings, “This is an important finding that could lead to a novel and much-needed therapeutic strategy for autism.”

How a Non-Autistic Brain Forms

In a non-autistic brain, a burst of synapse formation occurs in infancy, especially in the cortex, a region of the brain closely linked to autistic behavior. Pruning eventually removes more than half of those cortical synapses by late adolescence. When a normal number of synapses exist, the brain is able to play a positive role in human development. When too many brain connections remain, researchers believe that the excess synapses may play a role in affecting many of the genes that are known to be linked in different ways to autism.

The study examined the brains of twenty-six autistic children and young people who passed away between the ages of 2 and 20. The patients died from a variety of causes.

Researchers believe that mTor can be safely controlled, but, at this time, no known drug can replace rapamycin. Even if a cure is discovered, some researchers fear that removing an over-abundance of synapses could change a person drastically to the point that the person becomes unrecognizable in terms of behavior.

Ultimately, more research will need to be conducted before researchers can definitively find and approve an mTor-based treatment for autism.