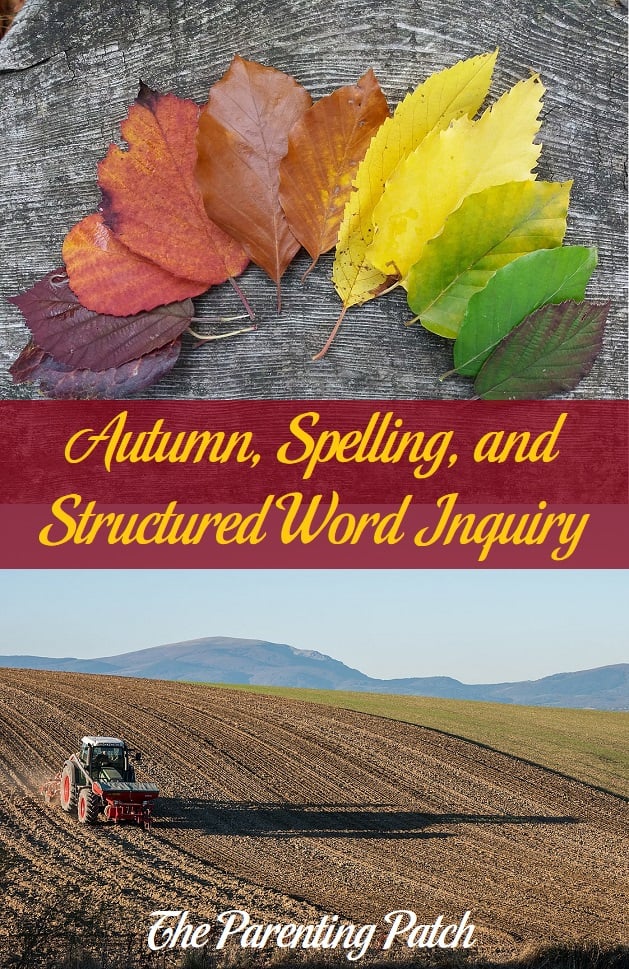 English spelling is rule-based. There are no exceptions, just more rules to uncover. I have yet to find a word whose spelling cannot be explained. Structured Word Inquiry (SWI) is a means by which to study spelling. One can use SWI to investigate spelling by asking four questions:

1.) What does a word mean?
2.) How is the word built?
3.) What are morphological and etymological relatives of the word?
4.) What are the sounds that matter? What are the letters doing?

The questions are to be investigated in order.

1.) Noun: the season that comes after summer and before winter when crops and fruits are gathered and leaves fall

4.) The <n> spells the zero phone in autumn and the phone [n] in some related words. 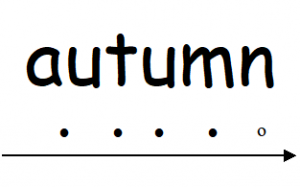 late Old English, from Latin September, from septem “seven,” the seventh month of the old Roman calendar, which began the year in March. The -ber in four Latin month names is probably from -bris, an adjectival suffix

1.) Noun: the tenth month of the Gregorian calendar

late Old English, from Latin October (mensis), from octo “eight,” the eighth month of the old Roman calendar, which began the year in March. The -ber in four Latin month names is probably from -bris, an adjectival suffix 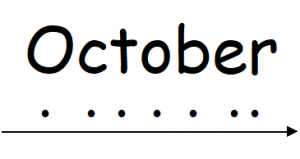 1.) Noun: the eleventh month of the Gregorian calendar

1200, from Old French novembre and directly from Latin November (also Novembris (mensis)), from novem “nine,” the ninth month of the old Roman calendar, which began the year in March. The -ber in four Latin month names is probably from -bris, an adjectival suffix

1.) Noun: an object made to resemble a human figure, set up to scare birds away from a field where crops are growing

2.) compound word (a word made of more than one word)

1550s, earliest reference is to a person employed to scare birds

1.) Adjective: the time or date (twice each year) at which the sun crosses the celestial equator, when day and night are of approximately equal length (about September 22 and March 20)

1400, “point at which the sun crosses the earth’s equator, making day and night of equal length everywhere,” from Old French equinoce or directly from Medieval Latin equinoxium “equality of night (and day),” from Latin aequinoctium, usually in plural, dies aequinoctii “the equinoxes,” from aequus “equal” + nox (genitive noctis) “night” 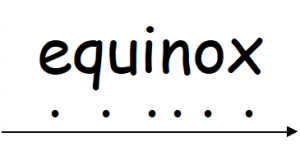 1.) Verb: the process or period of gathering in crops

Old English hærfest “autumn,” as one of the four seasons, “period between August and November.” The borrowing of autumn and the use of fall in a seasonal sense gradually focused the meaning of harvest to “the time of gathering crops,” also to the action itself and the product of the action, which became its main senses after the 130os. 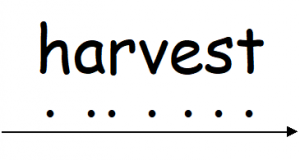 1.) Noun: (1) a glossy brown nut that may be roasted and eaten, (2) the large European tree that produces the edible chestnut, (3) a reddish-brownish color

2.) compound word (a word made of more than one word)

1560s, from chesten nut (1510s), with superfluous nut + Middle English chasteine, from Old French chastain (12c., Modern French châtaigne), from Latin castanea “chestnut, chestnut tree,” from Greek kastaneia, which the Greeks explained as either “nut from Castanea” in Pontus, or “nut from Castana” in Thessaly, but probably both places are named for the trees, not the other way around, and the word is borrowed from a language of Asia Minor (compare Armenian kask “chestnut,” kaskeni “chestnut tree”).

Nut: a fruit consisting of a hard or tough shell around an edible kernel 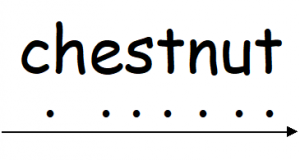 1.) Noun: a bush or shrub that sheds its leaves annually

1680s, with reference to leaves, petals, teeth, etc., “falling off at a certain stage of existence,” from Latin deciduus “that which falls down,” from decidere “to fall off, fall down,” from de “down” + combining form of cadere “to fall”

1560s, “causing a sensation of cold.” Meaning “feeling coldish” is attested from 1610s; figurative sense of “distant, formal, not hearty or affectionate” is by 1841. Related: Chilliness. Earlier as an adjective was simply chill “tending to cause shivering” (1510s).

chillax (blend of chill and relax) 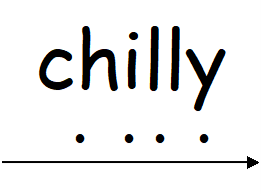