Connect
To Top
ReviewsMay 21, 2012 This post may contain affiliate links

After learning about the company, I recently approached Baby Babü about reviewing one of their cloth diapers. I received a pretty grape (purple) OS pocket diaper with two inserts to review. I must say that I was extremely impressed with Baby Babü as soon as I received my diaper. The shipping time was only a matter of days! 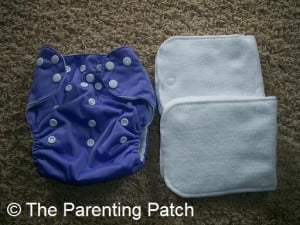 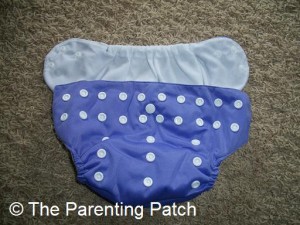 My Baby Babü cloth diaper is similar to other pocket diapers with a few notable exceptions. First each diaper comes with not one but two pocket openings in which to stuff the insert. Two openings allow for the insert to agitate out in the washing machine. In other words, whoever is doing the laundry does not need to reach in the diaper to pull out a dirty insert. Personally, I have no problem pulling out the dirty insert when I wash my dirty diapers, but I can see that the convenience of not needing to remove the insert is appealing for some parents. And, yes, the insert does self-agitate out in the wash!

In addition to the self-agitate feature, I personally love the double openings because I can quickly and more easily stuff my diapers. The back opening is wider than the front opening, which makes stuffing my Baby Babü diaper super easy. Unlike a more typical pocket diaper, I do not have to shove my entire hand inside the pocket in an effort to get the insert in place. Sometimes I struggle to get the inserts of my other pocket diapers flat and untwisted. With the double openings in my Baby Babü, I can insert the insert on one side, grab the other end through the other opening, and arrange the insert quickly in place without any hassle. 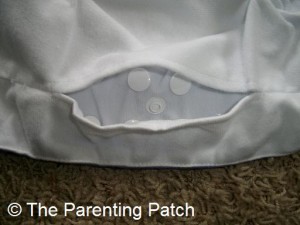 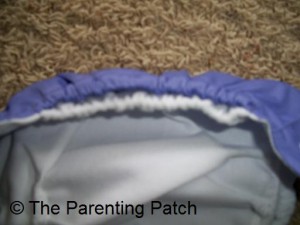 The other feature that I love about my Baby Babü cloth diaper is the double leg gusset. Sometimes my other pocket diapers leak around the legs because my daughter wiggles and moves around so much. Sometimes the leg holes of her other diapers just do not stay tight enough, which leaks moisture out onto her clothes. However, with the double leg gusset of the Baby Babü, I have yet to have a problem with leaks. In fact, my daughter went a full four hours between diaper changes without any leaks! I love a diaper that allows me not to wake my sleeping baby during nap time. 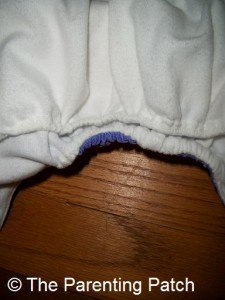 When I stuffed my Baby Babü diaper with just one insert, my daughter was able to go for about two hours before she needed a diaper change. With both of the inserts, she was able to go for four hours. I was incredibly impressed with the absorbency of this brand of cloth diaper. Additionally, when I included an extra bamboo soaker insert in the pocket for overnight use, my Baby Babü worked just as well as night as the Blueberry that I typically put on my daughter. In other words, Baby Babü is a great diaper for daytime and nighttime use. 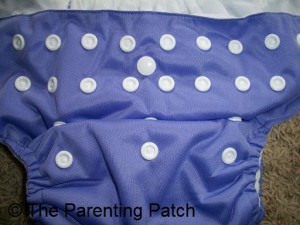 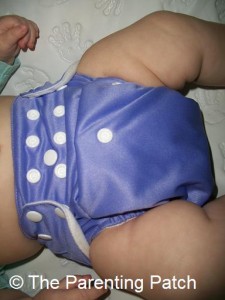 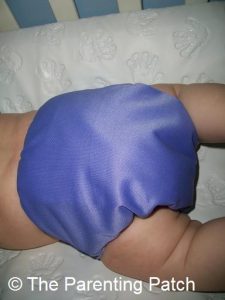