Disclosure: I received a BeltLock as part of an advertorial. 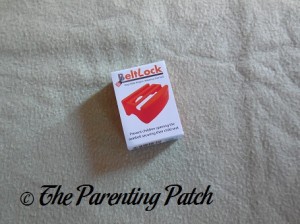 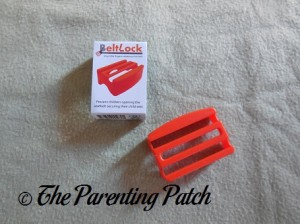 Kids love to unbuckle seat belts — which is a significant safety problem when the vehicle is moving. Although my daughter still rides in a rear facing car seat, she will someday move into a forward facing car seat and then a forward facing booster seat. In less time than I wish, she will have easier access to the seat belt that keeps her safe. Thus, when recently offered a chance to review the BeltLock, I eagerly accepted the opportunity.

As soon as I received my BeltLock, I was amazed at the simplicity of the design. Constructed from a firm pieces of plastic with three slots, the BeltLock fits over the buckle of any standard seat belt. How could someone not have invented such as simple seat belt lock sooner? 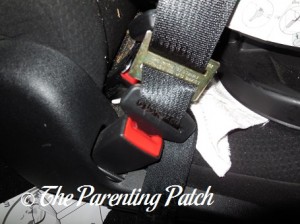 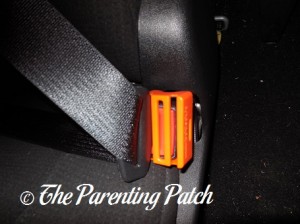 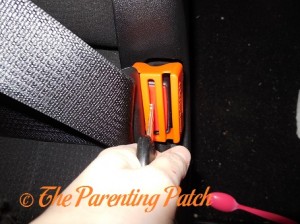 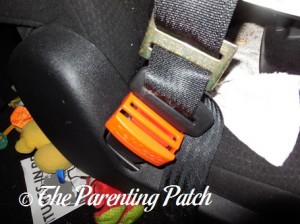 The BeltLock is perfect for preventing little fingers from unfastening a seat belt that is keeping a car seat or booster seat securely in place inside a car. Child cannot unbuckle a seat belt with a BeltLock in use. (As such, use BeltLock only when a competent adult can quickly remove the lock in case of emergency. Do not use the BeltLock on a regular seat belt not restraining a car seat.) Parents do not have to worry about a young child reaching over the side of a car seat and unbuckling the seat belt.

Final Verdict: BeltLock is a perfect and simply safety device for ensuring that little fingers do not unbuckle the seat belt keeping a safety seat tethered to a vehicle. The design is a amazingly simple — both simple to lock and simple to unlock. Once in place, BeltLock prevents kids from unbuckling a seat belt. Parents need just a regular key and a matter of seconds to unbuckle the belt. I highly recommend BeltLock to any parent and especially to parents whose kids have wandering fingers.

I received a BeltLock mentioned above for free using Tomoson.com. Regardless, I only recommend products or services I use personally and believe will be good for my readers.