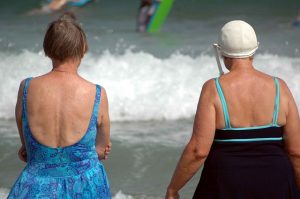 Multiple sclerosis (MS) affects approximately 2.5 million people worldwide. Individuals who are obese and women who use birth control pills may have an increased risk of multiple sclerosis, suggest two new studies to be presented at the American Academy of Neurology’s 66th Annual Meeting in Philadelphia, Pennsylvania in April.

Multiple sclerosis is an autoimmune disease that affects the brain and spinal cord (central nervous system). Although the disease manifests different from person to person, early symptoms of MS include blurred or double vision, thinking problems, clumsiness or a lack of coordination, loss of balance, numbness, tingling, and weakness in an arm or leg. The disease most often develops between the ages of 20 and 40.

The exact cause of MS is yet unknown, but one hypothesis is that the immune system in the body acts abnormally and attacks the central nervous system.

For the present study, researchers from the Raúl Carrera Institute for Neurological Research in Buenos Aires, Argentina studies 420 people, 210 of whom had MS and 210 of whom were free of the disease at the baseline of the study.

According to the study, the participants who were obese at the age of 20 were twice as likely to develop multiple sclerosis later in life compared to participants of the same age who were a healthy weight.

The researchers also discovered that the participants with a high body mass index (BMI) had high levels of leptin in the blood. Leptin is a protein produced by fatty tissue that regulates the storage of fat in the body, appetite, and immune response.

In a second study, researchers from Kaiser Permanente Southern California analyzed 305 women with multiple sclerosis or who had been diagnosed with clinically isolated syndrome, a precursor to MS. The researchers assessed the use of birth control pills among the women with MS and compared the results with 3,050 women who were free of the disease.

Comments lead author Kerstin Hellwig, MD, “These findings suggest that using hormonal contraceptives may be contributing at least in part to the rise in the rate of MS among women.”

In other words, both obesity and the use of birth control pills appear to increase the risk of multiple sclerosis.