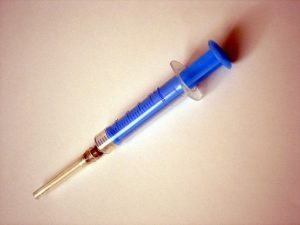 Approximately 41 million women use an injectable form of hormonal birth control, more commonly referred to as the birth control shot. Now a new review from researchers at the University of California at Berkeley have linked the use of the shot to an increased risk of HIV.

Injectable hormonal contraception such as depot medroxyprogesterone acetate (DMPA) works to prevent pregnancy by preventing ovulation and altering the lining of the uterus. Women receive the shot every three months.

Comment the study authors on the importance of hormonal birth control including the birth control shot, “Use of these hormonal contraceptives prevents unintended pregnancies, reduces the rate of maternal and infant morbidity and mortality, and enables women to achieve other life goals.”

However, inconsistent evidence has plagued the debate surrounding an association between hormonal birth control and the acquisition of HIV over the past two decades. Some countries in sub-Saharan Africa have considered withdrawing DMPA.

For the present review as published in the journal The Lancet, the researchers conducted a meta-analysis of twelve studies from sub-Saharan Africa involving a total of 39,560 women to determine an association, if any, between the birth control shot and an increased risk of HIV.

The researchers did not find evidence of an increased HIV risk in ten studies of oral contraceptive pills or five studies of norethisterone enanthate.

The researchers thus concluded a moderate increased risk of HIV acquisition for all women using DMPA, with a smaller increase in risk for women in the general population.

However, the researchers do not believe that the increased risk warrants removing the birth control shot from the market, stating:

“Banning DMPA would leave many women without immediate access to alternative, effective contraceptive options. This is likely to lead to more unintended pregnancies, and because childbirth remains life-threatening in many developing countries, could increase overall deaths among women.”

Lead author Lauren Ralph, an epidemiologist at the University of California at Berkeley, adds that more research needs to be conducted on high-risk women such as “commercial sex workers and women in serodiscordant partnerships (where one partner is HIV-positive and the other is not).”

In a linked comment, Christopher Colvin from the University of Cape Town in South Africa and Abigail Harrison from Brown University School of Public Health in the United States write:

“Ralph and colleagues’ findings add an important element to the longstanding debates about the HIV and [DMPA] relation, and growing calls for further evidence about the magnitude, mechanisms and health effects of this link.”

“Ralph and colleagues’ signature contribution is their nuanced discussion of what their research adds and what is possible with current and future evidence. They describe an approach to evidence, policy and practice rooted in an ‘ecology of evidence’ as the foundation for thinking through the next steps.”

The meta-analysis does not explore the cause of the association between the birth control shot and an increased risk of HIV.