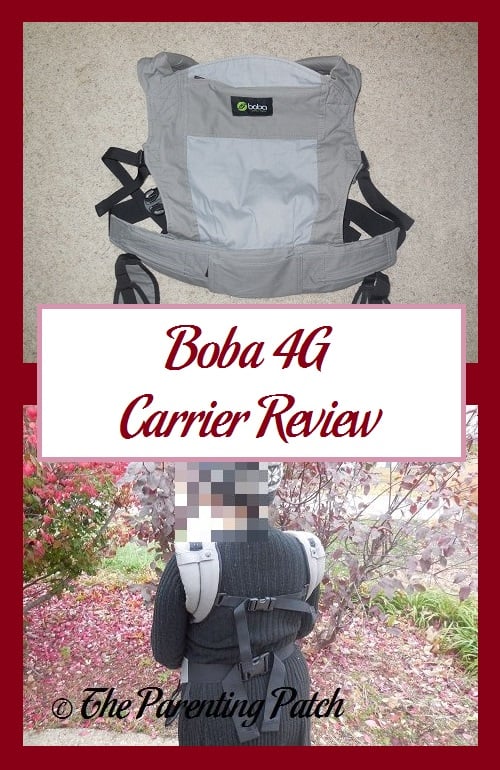 While pregnant with my son, I knew that I wanted to wear him right from birth. With my daughter, I tried a number of different carriers, wraps, and slings while babywearing. Although I liked many of the brands that I tried, I still wanted a more perfect solution for me. My two specifications while shopping for carriers were that the carrier had to fit my short torso well and that the carrier had to convert from front carry to back carry. After much research, I decided to purchase a Boba 4G Carrier to test and review with my daughter and son. 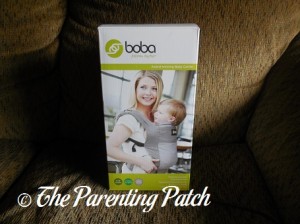 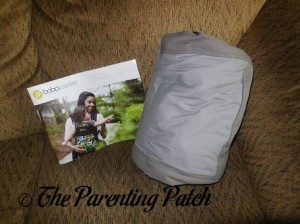 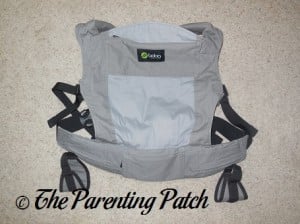 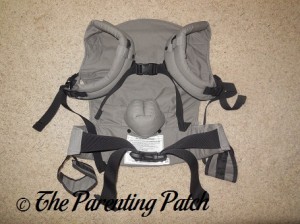 About the Boba 4G Carrier

The Boba 4G Carrier is a soft-structure carrier designed for babies between 7 and 45 pounds. Available in a range of colors and prints, the carrier strives to provide maximum comfort and convenience for both parent and newborn-to-toddler.

Solid colors of the Boba 4G Carrier currently retail for $125. Prints cost $128. The organic version is a bit more expensive at $149. I purchased the simple Dusk (light and dark gray), which retails for $125. The Boba is comparatively priced to other similar baby carriers.

I am a rather short woman at not quite 5’1″ tall. More importantly, my torso is short. One problem that I encountered with many of the other baby carriers that I tried in the past is that most carriers do not accommodate short torsos on short women. Instead of fitting comfortably around my waist, many carriers hit me further down on my hips, making walking and moving in general more difficult. I was thus excited to see that the Boba 4G Carrier fits individuals as short as 5’0″ tall.

When I first purchased my Boba 4G Carrier, I was almost five month pregnant with my son. My daughter was two and a half years old at the time, and she weighed approximately 27 pounds. I was still able to wear her comfortably on my back. Because she was an older toddler at the time, she no longer wanted to ride in a front carrier. When I started researching new carriers last spring, I knew that I wanted a model that converted between front carry and back carry. The Boba 4G Carrier offers the versatility that I need!

Setting up the Boba 4G Carrier for back carry was fairly simple. Following the instructions in the user manual, I was able to set the carrier up to fit me and my daughter. I do recommend having a second pair of hands to help put a child in the back carry position, especially if your child is on the bigger side. My daughter is already over half my height, so I could not put her in the carrier on my back by myself if I wanted. Once I had the carrier in position, however, my husband easily slipped her in. 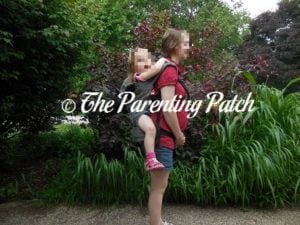 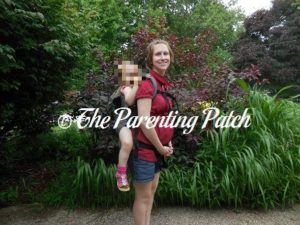 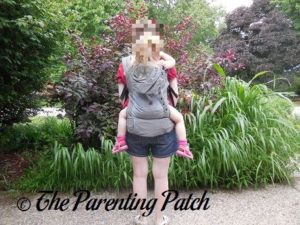 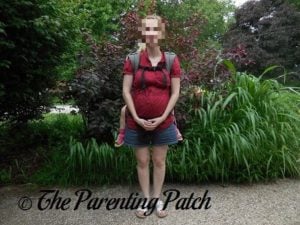 After the birth of my son in October, I converted the Boba 4G Carrier from back carry for my older toddler to front carry for my newborn. Switching the carrier into newborn hold was as easy as snapping in the infant insert. I then fastened the carrier around my shoulders and waist and finally slipped my newborn son in. 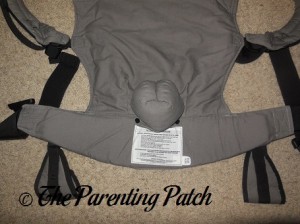 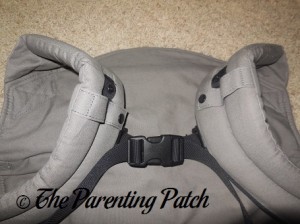 My son absolutely adores snuggling up against me in the Boba 4G Carrier. He loves to be held, but I cannot sit around all day cuddling with my new baby. Fortunately for me, my son will spend hours riding around in the Boba 4G Carrier. I often walk with my daughter to our local library while wearing my son. I have also worn him in the carrier while grocery shopping to free up room inside the cart. And I wear my son around my house almost every day. The longest that I have worn him was the day that my daughter and I baked Christmas cookies. My son spent a good four hours happily snoozing in the Boba 4G Carrier. 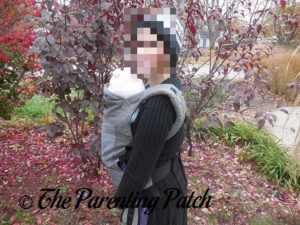 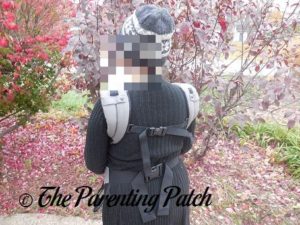 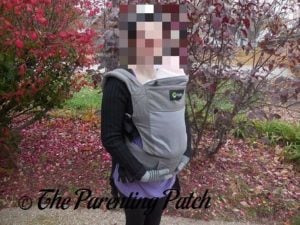 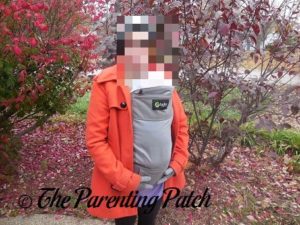 In terms of comfort for me, I am absolutely at ease wearing the Boba 4G Carrier. Unlike other carriers that I have previously tried, Boba provides ergonomic support. Despite wearing my son for up to a few hours at a time, I have yet to experience pain in my shoulders. On the day that I wore my son while baking Christmas cookies, I did notice a slight strain in my lower back, but only after four hours of constant up and down movement with plenty of reaching into cabinets and bending over. I therefore rate the Boba 4G Carrier extremely highly in terms of comfort for the wearer.

In terms of comfort for a child, both my daughter and my son rode in the Boba 4G Carrier without any discomfort. In both front and back carry, the carrier allows a child to sit comfortably, never in a position that results in potentially dangerous crotch-dangling. Although she prefers to run around on her own when possible, my toddler daughter reported that she felt fine riding on my back. As for my newborn son, he often falls asleep almost immediately after I slip him into the carrier. I therefore assume that he is quite comfortable as well. 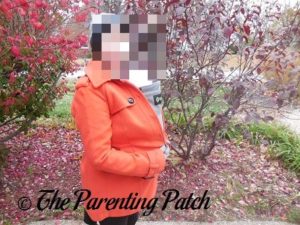 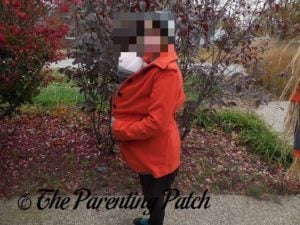 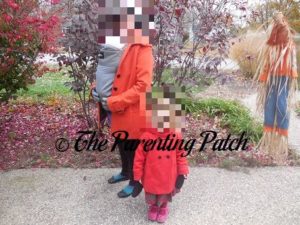 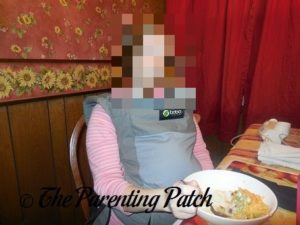 I am very excited to continue wearing my son in the Boba 4G Carrier. At birth, he weighed 7 pounds and fit very comfortably in the carrier in the newborn hold. He currently weighs around 11 pounds, and he is just as comfortable to wear. Based on my current experience with him in front carry and my previous experience with my older toddler in back carry, I am confident that I can continue to comfortably wear my son for many months and years to come!

Update May 2015: I have continued wearing my son in the Boba 4G Carrier. As he grew and gained weight, I switched the infant insert into an opened, unsnapped position at around four months. My son absolutely loves riding around in his Boba. He definitely prefers to be close to mama and generally enjoys riding in the Boba more than a stroller, especially during longer outings. For example, during an outing to the St. Louis Zoo, I comfortably wore my son for almost four hours. As my son has grown, I have also mastered breastfeeding him in the Boba. By loosening the side straps, I can lower him down enough to feed him as I continue walking around normally. I am still working on mastering tightening the side straps with my son inside. Usually my husband needs to help me, but I am getting the hang of the technique each time I try. I still rate the Boba 4G Carrier extremely highly, and I am excited to try wearing my son on my back soon. 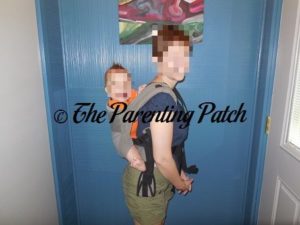 Update August 2015: I continue to wear my son in the Boba 4G Carrier in the front carry position. I also frequently carry him on my back now. The backpack position was especially handy during a recent trip to the northwest in which I carried my son on my back while hiking. I prefer to have help putting him into the back carry position, but I can put him in on my own as well. I also discovered that I can carry my 31 pound daughter in the front carry position still, which was helpful during a long daytrip to a nearby museum. When my daughter got tired and needed some mama cuddles, I was able to wear her comfortably. 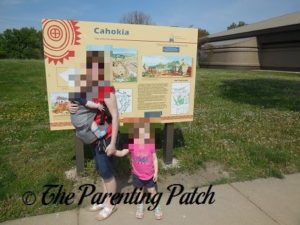 I am extremely happy with the basic features provided by the Boba 4G Carrier. But the carrier also goes above and beyond the basic. First, I really like the removable foot straps that provide extra support for little legs. My son is not big enough yet to need the foot straps, but I love having the option for him as he grows. And, although the straps do detach from the carrier, I have left mine on after switching between back carry with my daughter to front carry with my son. At the moment, the straps do not get in my way. But, should I want to minimize the carrier,  I can easily unsnap and remove the foot straps. 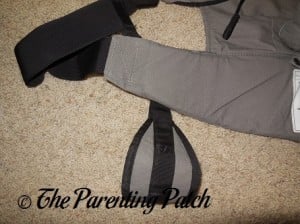 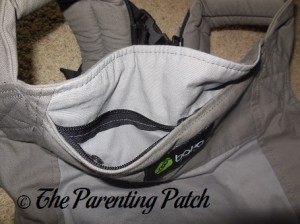 Second, although I primarily wear my son around my home, I do fairly regularly use my Boba 4G Carrier out in public. The carrier offers multiple pockets, including one on the waist that has a zipper, for on-the-go storage of credit cards, smart phones, and other must-haves. I have used the pocket on the top of the front of the carrier on many occasions to hold my library card when I walk up to our library with my daughter. Although not a necessity for me, the pockets on the Boba 4G Carrier are a nice little perk that I have utilized.

If you are searching for a baby carrier that converts between front carry and back carry, I highly recommend the Boba 4G Carrier. The baby carrier is an especially excellent option for shorter individuals. As a small woman, I have had some difficulty finding a carrier that comfortably fits my short torso. My Boba works for me in both carrying my older toddler daughter on my back and wearing my newborn son on my chest. Comparatively priced to other similar brands at $125 for a solid color, the carrier is both easy to put on and easy to convert between carrying positions. My Boba 4G Carrier has allowed me to carry my son hands-free during the first two months of his life, and I wish only that I had purchased one prior to the birth of my daughter for babywearing as well. I give the Boba 4G Carrier five enthusiastic stars out of five.