Connect
To Top
InformationNovember 7, 2011 This post may contain affiliate links 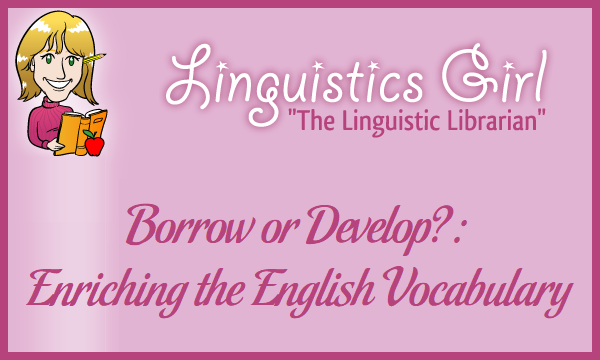 When William Caxton introduced the printing press to England in 1476, English developed into a physical entity (Smith “Early”). Language no longer disappeared as the sound waves of speech diminished but rather became a social institution that could be held, used, wielded, and owned (Smith “Early”). Although an interest in classical learning existed in England before the Renaissance spread from the continent to the island, the English acquired a snobby attitude toward Latin and Greek during the beginning of the Early Modern Period (Smith “Early”). As Baugh and Cable explain, an “emergence of various forms of self-consciousness about language” during the Renaissance radically changed the development of the English language (200). Just as Norman French continued as the language of the aristocracy after the Norman Conquest, Latin and Greek remained prestigious languages during the Early Modern Period. When “compared with the rich storehouses” of the classical languages, English “appeared poor and infertile” to many English speakers (Jespersen 125). English speakers subsequently borrowed great numbers of vocabulary from more than fifty languages including Latin, Greek, French, Italian, and Spanish in an effort improve the language (Baugh and Cable 227-228). However, regardless of the value judgments Early Modern speakers imposed upon their language, English did not lack the linguistic means to develop new lexical words naturally. Instead, borrowing was a social response aimed to correct the perceived inferiority of the English language.

Participation in Renaissance literacy entailed the translation of Latin and Greek texts from classical to vernacular languages. Since new knowledge undeniably requires new vocabulary, the English language needed to develop new words for unfamiliar ideas formerly monopolized by classical learning during the Middle Ages (Baugh and Cable 202,216). Borrowing from Latin and Greek in a “conscious effort to enrich the English vocabulary” was one result of the “self-consciousness about language” (Baugh and Cable 200,216). Many English scholars who already knew Latin were often tempted just to “transfer and naturalize” important Latin words into English as opposed to naturally form new vocabulary (Baugh and Cable 216). Jespersen argues that the reason English could freely borrow from Latin and Greek was the stigma of introducing nonGermanic loan words into the Germanic language weakened because English previously freely borrowed from foreign languages such Old Norse and Norman French (119). Compared to the constantly changing English, Latin seemed more stable and thus an ideal source for additions to the currently irregular language as perceived by English scholars (Baugh and Cable 208). Advocates of borrowing further cited the fact that even both Latin and Greek had also borrowed from other languages in support of current loan words (Baugh and Cable 220). However, borrowing was not the only solution for lack of the vocabulary.

Languages acquire new words through both natural and foreign processes (Smith “Natural”). Whereas foreign word development involves only borrowing and similarly calquing or loan translation, natural formation includes coinage, acronyms, eponyms, backformation, blends, clipping, and compounding (Smith “Formation”; Smith “Natural”). Although the English mainly borrowed during the Early Modern Period, new vocabulary could also have been acquired naturally (Baugh and Cable 216). In fact, language scholar and purist John Cheke contended that English should have “develop[ed] new words from old roots or revive[d] expressions that had gone out of use” rather than borrow (Baugh and Cable 230). According to Baugh and Cable, writers like Edmund Spenser and Thomas Drant who preferred natural word development frequently revived older English words as in the examples of astound and doom (230). Other words such as askew and blatant naturally entered the Early Modern English lexicon through coinage or straightforward new word creation (Baugh and Cable 230-231). Purists even preferred calquing in which a loanword is borrowed from a foreign language but then translated into the vernacular (Smith “Natural”). Ironically, the English loanword and loan translation are calques of the German Lehnwort and Lehnübersetzung (“German”, “Calque”). Furthermore, support for natural acquisition emanated from the fact that the prestigious French language developed new words through “the same method of enriching the language” (Baugh and Cable 231). Even though earlier English borrowing set the precedence for current foreign word formation, Early Modern speakers could have also developed new vocabulary naturally.

Since all languages can acquire new vocabulary through both natural and foreign processes, the English language did not lack the linguistic means for developing vocabulary necessary for translating Latin and Greek texts. Modern English continues to borrow from foreign languages such as burrito from Spanish and Blitzkrieg from German, but many other modern languages prefer natural word formation. Whereas, for example, English borrowed the word dictionary from the Latin dictiōnārium, German compounded the words Wörter and Buch to create Wörterbuch or wordbook (“Dictionary”). Languages like French and Spanish even vehemently resist borrowing to the point that language academies often officially remove borrowed words from the lexicon (Smith “Scientific”). For instance, the Académie Française in France attempts to prevent the Anglicization of the French language avoiding English loan words like walkman and software and substituting instead French derivatives like baladeur and logiciel (“Académie”). The majority of words in Romance languages like French and Italian nevertheless originate from Latin roots. Just as English borrowed heavily from classical languages during the Early Modern Period as in the example of dictionary, the Latin dictiōnārium also formed both the French dictionnaire and the Italian dizionario (“Dictionary”). However, the difference in the perception between English and Latin loanwords lies in the genetic affiliation of Latin as the parent language to modern Romance languages. Borrowing foreign words “necessarily involves a negotiation of identity” (Smith “Natural”). Loanwords from Germanic languages like English are thus viewed as a threat to the Romanic nature of French, Spanish, and Italian.

As a Germanic language, English could have easily followed the German example of compounding to naturally develop its lexicon. Modern scholars might have researched definitions in wordbooks instead of consulting dictionaries while contemporary linguists might have studied regional mouthart as opposed to examining different dialects. But, Early Modern translators chose alternatively to develop new lexical words through foreign means. During the period immediately following the Norman Conquest in which the aristocracy primarily spoke Norman French, English developed into the language largely of the lower social classes (Baugh and Cable 203). As a plebian language, Renaissance scholars considered English vulgar and inferior especially in comparison to venerated languages like Latin and Greek. Defenders of the classical tradition also feared knowledge and learning would decline with the introduction of vernacular languages into academia (Baugh and Cable 204-205). Classicists aspired to keep certain languages elite. Since all borrowing ultimately arises from the desire for popularity and esteem, English translators introduced loanwords from prestigious languages like Latin in an attempt to garner respect and admiration (Smith “Natural”). Supporters even argued that borrowing was a “patriotic duty” for “improving the national speech” (Baugh and Cable 216). Thus, borrowing was a social means for improving the perceived inferiority of English rather than a linguistic insufficiency of the language.