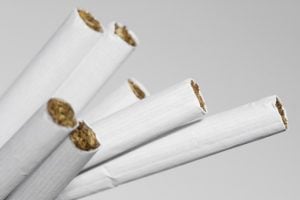 Individuals who are trying to quit smoking often relapse back into the habit. Now a new brain imaging study published in the journal JAMA Psychiatry suggests that smokers suffering from nicotine withdrawal may have more trouble shifting from a key brain network known as default mode into a control network known as the executive control network.

Whereas the default mode is the mode in which individuals are in introspective or self-referential states, the executive control network helps exert more conscious, self-control over cravings and focus on quitting for good. Nicotine withdrawal appears to weaken the ability of a smoker to switch into the executive control network. The present findings validate a neurobiological basis for the common problem of relapse among smokers trying to quit. If you are someone who is wanting and trying to quit smoking for good, there can be a lot of various different options available to you that can help you wean yourself off nicotine progressively. Some of these options could include nicotine gum or patches, or even something like these nicotine shots that enables you to lower the levels of nicotine intake over a period of time. This could prove to be one way to kick the habit permanently.

Explains Caryn Lerman, PhD, the deputy director of Penn’s Abramson Cancer Center and the Mary W. Calkins professor in the Department of Psychiatry:

“What we believe this means is that smokers who just quit have a more difficult time shifting gears from inward thoughts about how they feel to an outward focus on the tasks at hand. It’s very important for people who are trying to quit to be able to maintain activity within the control network- to be able to shift from thinking about yourself and your inner state to focus on your more immediate goals and plan.”

According to the National Institute on Drug Abuse (NIDA) in Baltimore, Maryland, the percentage of adult Americans who are regular smokers is down from 42 percent fifty years ago to 19 percent today. Unfortunately, the pace of decline appears to have stalled. Smoking remains the leading preventable cause of disease and death in the United States, accounting for 8.6 million smoking-related illnesses and more than 440,000 smoking-related deaths each year.

Despite the well-known negative health effects of smoking, many smokers struggle to overcome nicotine addiction, relapsing again and again.

The present study proposed a neurological reason for the difficulty that many smokers have in quitting.

The researchers believe that the weakened brain networks as a result of nicotine withdrawal reduce the ability to shift to or allow influence to come from the executive control network, thus explaining the problems that many smokers have while trying to quit.

Additionally, the researchers found that the weakened connectivity during the abstinence state was linked with reported increases in withdrawal symptoms, smoking urges, and negative moods. Changes to the networks in the brain as a result of smoking appear to affect the ability of a smoker to quit.

“Symptoms of withdrawal are related to changes in smokers’ brains, as they adjust to being off of nicotine, and this study validates those experiences as having a biological basis. The next step will be to identify in advance those smokers who will have more difficultly quitting and target more intensive treatments, based on brain activity and network connectivity.”

The findings of the present study may lead to the development of better interventions for helping smokers quit.