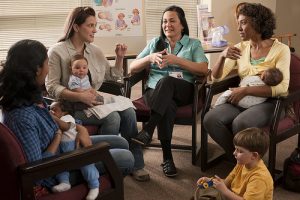 With the health benefits of breastfeeding widely documented, new research adds to the growing body of evidence of the importance for babies: Breastfeeding may significantly reduce arsenic exposure in infants.

Arsenic is a poisonous substance that occurs naturally in water, rocks, soil, air, plants, and animals. Arsenic poisoning is a medical condition caused by elevated levels of arsenic in the body that ultimately results in coma and death. Exposure to high levels may increase the risk of cancer, gastrointestinal disorders, and other diseases as well as fetal death, reduced birth weight, and impaired cognitive functioning among children.

Arsenic contamination of groundwater is a problem that affects an estimated 137 million people in more than 70 countries across the world. In the United States, the Environmental Protection Agency (EPA) recommends that public drinking water  contain no more than 10 micrograms per liter of arsenic. However, well water, which is the primary source of drinking water for many rural areas, is not subject to EPA regulation.

For the present study published in the journal Environmental Health Perspectives, researchers from Dartmouth College in Hanover, New Hampshire sought to estimate the relative contributions of breast milk and formula to arsenic exposure during early infancy in a population in the United States.

Add the researchers, “Moreover, urinary arsenic increased with formula consumption and decreased with minutes of breastfeeding among infants who were not exclusively breastfed.”

“This study’s results highlight that breastfeeding can reduce arsenic exposure even at the relatively low levels of arsenic typically experienced in the United States. This is an important public health benefit of breastfeeding.”

“Specifically, formula powder accounted for 71% of median estimated exposure in the NHBCS, suggesting that the powdered component of formula, rather than the mixing water, may be the primary source of exposure for many of the formula-fed infants in this population.

“Identifying the sources of arsenic in formula powder could help reduce exposure for formula-fed infants if alternatives are available in the production process, consistent with earlier calls for greater attention to contaminants in infant formula.”

Another recent study found that factors such as gestational age, birth method, and breastfeeding influence the development of the immune system and the susceptibility to asthma and allergies.