Connect
To Top
NewsOctober 14, 2012 This post may contain affiliate links 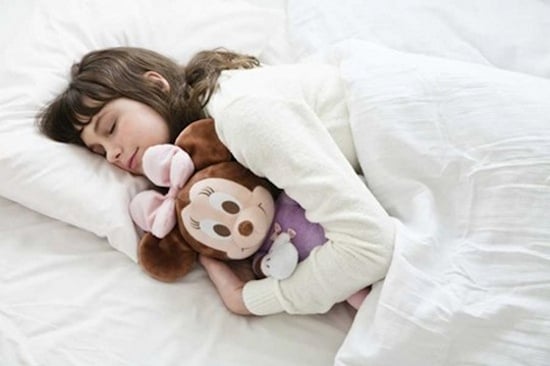 Forget the security blanket, ditch the old stuffed animal, and get ready for the breathing Minnie Mouse Doll. Capitalizing on the need for parents to get their kids to sleep, a Japanese toy company has developed a Minnie Mouse doll that mimics the act of breathing.

Developed by Japanese toymaker Takara Tomy, the Hug and Dream Minnie Mouse is a plush toy that was designed by cognitive and respiratory specialist Ikuo Honm.

According to Mashable, here is how the doll works:

“When children go to bed holding the doll against their chest, they feel its slow-paced breathing pattern, which replicates that of someone sleeping peacefully. The doll doesn’t look quite like Minnie Mouse, mainly because it has muted colors designed to avoid stimulating the mind in a way that would keep someone awake.”

If you absolutely must have this doll in the United States, you can buy it for $101 from Japan Trend Shop.

What do you think about the breathing Minnie Mouse doll?