Of all the different types of diapers that I have tried, my favorite by far is an all-in-two (AI2) diaper, which basically consists of a cover with an insert snapped inside. A few months ago, I read some reviews of Buttons Diapers one-size all-in-two diapers from Zephyr Hill, Just Add Cloth,  The Anti-June Cleaver, and That Bald Chick. I immediately contacted Buttons Diapers after noticing the similarities to my favorite brand, Best Bottom. Buttons Diapers graciously agreed to send me a cover and some inserts to review. 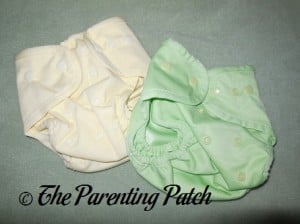 I received two Buttons Diapers cover in Banana Cream (light yellow) and Sweet Pea (light green), a large daytime insert, and a large nighttime insert. Right after opening the package, I fell in love with the colors. I have a huge stash of covers but did not have a yellow diaper or a green diaper in the Sweet Pea color. Both added new colors to my stash. I also love the little red button on the bum of the diaper — a red button for Buttons Diapers. Other available colors include Strawberry (pink), Lavender (purple), Apple (green), Tangerine (orange), Pebble (gray/silver), and Snow (white). 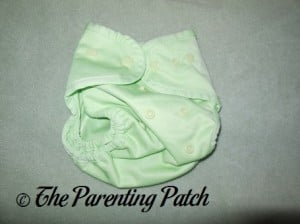 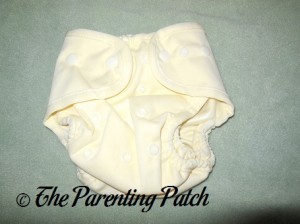 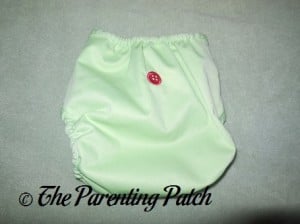 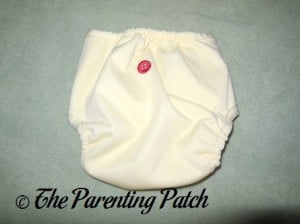 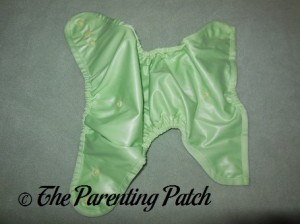 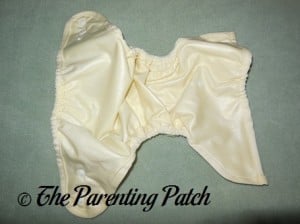 As soon as I opened my package, I immediately began looking for similarities and differences between the Buttons Diapers and my Best Bottom Diapers. I could find only two major differences. First, the Buttons Diapers cover has one less crossover snap at the waist. However, I have never used the crossover snaps, let alone the smallest setting. For me, the one less snap is an insignificant difference that would matter only if I had an extremely thin newborn. 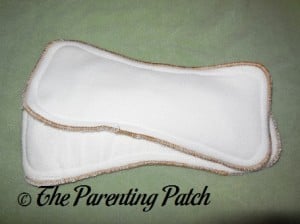 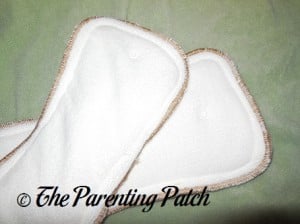 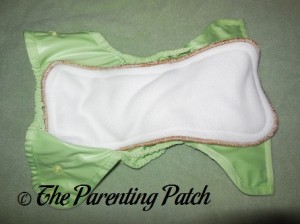 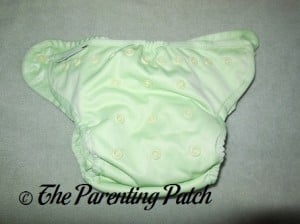 Buttons Diapers work exactly like my beloved Best Bottoms. Adjust the torso snaps to the correct size, snap an insert inside the cover, and snap the diaper on the baby using the hip snaps. At diaper change time, remove the wet insert and replace with a clean one. I generally use two shells per day except in the case of dirty diapers in which the poop gets on the actual cover. With Buttons Diapers, you can diaper your baby extremely economically because of the reusable cover. Plus snapping the insert in and out during diaper changes is incredibly easy. I have tried other types of diapers, but I always go back to my snap-in all-in-twos like Buttons Diapers.

In addition to being the same size as my Best Bottom inserts, the Buttons Diapers inserts are just as soft and as absorbent. The large insert lasts my daughter between two and four hours, which is the same as my other inserts. One large insert and one nighttime double lasts all night without any leaks, which for my daughter is about ten hours. 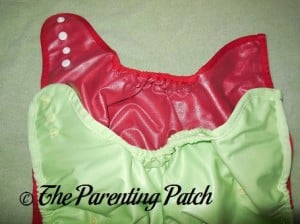 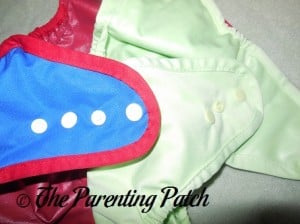 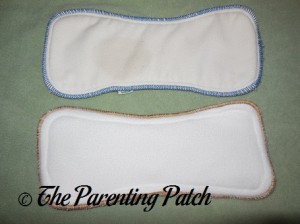 How do Buttons Diapers compare in price to the other diapers in my stash? The diaper covers cost $11 each, which is significantly less than most of the other covers I have previously purchased. The inserts cost $3.50, and the nighttime doublers cost $5, both of which are less than my other comparable inserts. Both a parent on a tighter budget who wants to go with an AI2, Buttons Diapers are definitely an economical way to go! 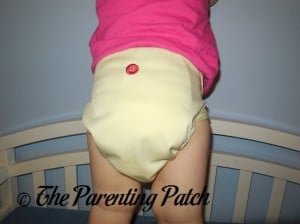 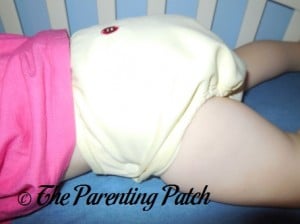 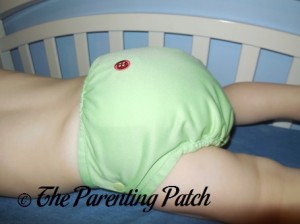 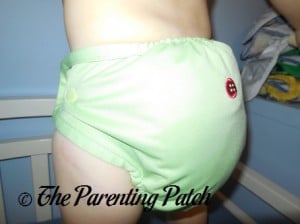 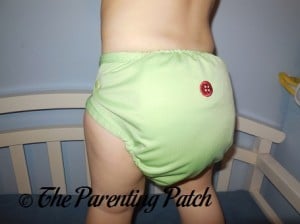