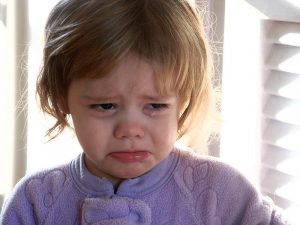 The physical punishment of children including spanking is a controversial topic among the parenting community. Although some parents and experts argue that spanking can be a useful discipline tool, more and more research indicates that spanking is more harmful than beneficial. For example, a recent study published in the journal Pediatrics found a increased risk for mental disorders during adulthood and physical punishment during childhood.

Now, in light of current research on the harms of spanking, the Canadian Medical Association Journal is seeking to ban spanking in the country. John Fletcher, the editor-in-chief of the journal, is calling for officials to strike down Section 43 of the Criminal Code of Canada. Section 43 outlines legally allowable “corrective” physical punishment of children by their parents.

As Fletcher writes in an editorial in the most recent issue of the Canadian Medical Associate Journal:

“It is time for Canada to remove this anachronistic excuse for poor parenting from the statute book.”

However, for parents concerned about increased claims about child abuse, Fletcher and the Association are not seeking to criminalize spanking. Speaking in a recent interview, Fletcher defines “regular physical punishment” as “more than two incidents a month.” He and the Canadian Medical Association want to highlight just how ineffective spanking as a discipline tool is.

Fletcher stated during the interview, “I’m not sure the message has got out that regular physical punishment isn’t a good way to get kids to behave properly and can lead to later problems,” referencing the research that links spanking to an increased risk for mental disorders later in life. Fletcher additionally calls the rule that allows parents to spank their children “an excuse for poor parenting.”

What do you think? Should spanking be banned?