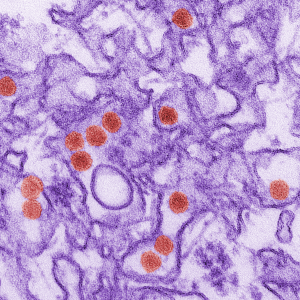 After careful review of current evidence, scientists at the Centers for Disease Control and Prevention (CDC) have concluded that the Zika virus causes microcephaly and other severe fetal brain defects. As published in the New England Journal of Medicine, the report describes a rigorous weighing of evidence using established scientific criteria.

“This study marks a turning point in the Zika outbreak. It is now clear that the virus causes microcephaly. We are also launching further studies to determine whether children who have microcephaly born to mothers infected by the Zika virus is the tip of the iceberg of what we could see in damaging effects on the brain and other developmental problems. We’ve now confirmed what mounting evidence has suggested, affirming our early guidance to pregnant women and their partners to take steps to avoid Zika infection and to health care professionals who are talking to patients every day. We are working to do everything possible to protect the American public.”

The report additionally notes that no single piece of evidence provides conclusive proof that infection with the Zika virus causes microcephaly and other fetal brain defects. However, increasing evidence from a number of recently published studies and a careful evaluation using established scientific criteria supports the conclusion.

That infection with the Zika virus can cause microcephaly and other severe fetal brain defects means that a woman infected with the virus during pregnancy has an increased risk of giving birth to a baby with these health problems. However, the finding does not mean that all women infected with Zika during pregnancy will have babies with problems. Some infected women have delivered babies that appear to be healthy during the current Zika outbreak.

Establishing the causal relationship between the Zika virus and fetal brain defects is an important step in driving additional prevention efforts, focusing research activities, and reinforcing the need for direct communication about the risks of Zika. Many questions about the Zika virus and potential results of infection still remain, which, once answer, may ultimately help reduce the effects of Zika virus infection during pregnancy.

Microcephaly is a birth defect in which the head of a baby is smaller than expected when compared to babies of the same sex and age. Affected babies often have smaller brains that might properly not developed properly during pregnancy or have stopped growing after birth. Microcephaly has been linked with other problems including seizures, developmental delay, intellectual disability, movement and balance problems, feeding problems, hearing loss, and vision problems. Microcephaly is an uncommon condition, affecting an estimated two babies per 10,000 live births to twelve babies per 10,000 live births in the Unites States. Microcephaly is a lifelong condition with no known treatments or cures.

The CDC currently advises that pregnant women should avoid travel to areas in which mosquitoes are spreading the Zika virus. If a pregnant woman travels to or lives in an area with active Zika virus transmission, she should talk with her healthcare provider and strictly follow steps to prevent mosquito bites and to prevent sexual transmission of Zika virus. Because the Zika virus can be spread during sex by a man infected with Zika to his partners, couples with male partners who live in or travel to areas with Zika should use a condom every time they have sex or not have sex during the pregnancy. The CDC also advises women and their partners in areas with active Zika transmission to engage in pregnancy planning and counseling with their health care providers.