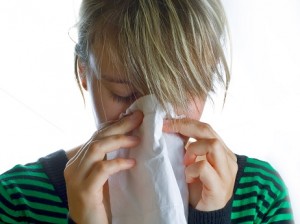 Early data suggests that the current 2014-2015 flu season could be severe, warns the Centers for Disease Control and Prevention (CDC). As a result of the prediction, the CDC has urged immediate vaccination with the flu shot or flu mist for all individuals still unvaccinated this flu season. The CDC also recommends prompt treatment with antiviral medications for individuals at high risk of complications who contract the flu.

Influenza, or the flu, is a contagious respiratory illness caused by various flu viruses. Symptoms of the flu include fever, chills, cough, sore throat, runny or stuffy nose, muscle or body aches, headaches, and fatigue. Complications of the flu include pneumonia, bronchitis, sinus and ear infections, and death. Influenza is not the same as the stomach flu, which is characterized by nausea, vomiting, and diarrhea.

States CDC director Tom Frieden in regard to the warning, “It’s too early to say for sure that this will be a severe flu season, but Americans should be prepared.”

The most common flu viruses in the United States this year have been seasonal influenza A H3N2 viruses, which typically cause more severe flu illnesses, hospitalizations, and deaths. H3N2 viruses were circulating during the 2012-2013, 2007-2008, and 2003-2004 seasons, the three seasons with the highest flu-related death rates in the past decade.

Getting the influenza vaccine is the only effective means of protection against the flu. The CDC also reports that the most common strains of circulating flu viruses are so-called “drift variants” of the H3N2 viruses used in the current formulation of the influenza vaccine. Drift variants are viruses with antigenic or genetic changes from the strains in the vaccine, meaning that the vaccine strains are not a perfect match for all circulating viruses.

Flu viruses change constantly, making the creation of the seasonal influenza vaccine more difficult. Researchers first detected the drifted H3N2 viruses in late March 2014 after the World Health Organization (WHO) recommended the viruses for inclusion in the current 2014-2015 Northern Hemisphere vaccine in mid-February.

However, despite an increase in drift variants, the influenza vaccine can still provide partial protect against influenza infection and may also reduce the severity of symptoms in individuals who contact the flu.

“We can save lives with a three-pronged effort to fight the flu: vaccination, prompt treatment for people at high risk of complications, and preventive health measures, such as staying home when you’re sick, to reduce flu spread.”