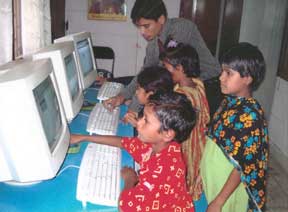 The study asked 19,000 parents worldwide to answer questions about their child’s online activity.

The Bitdefender study found that kids are now spending less time with instant messaging and computer games. According to the study, those numbers have decreased by 3.45% of kids chatting with their IM friends and 2% of computer game addicts are5 year olds.

The survey also reveals that children lie about their age when creating social network profiles, especially on Facebook where the minimum sign up age is 13 years old. The study finds that, by the age of 12, kids typically have one social network. Bitdefender also finds that 17% of kids had a social media account by age 10. One way to combat this behavior would be for parents to keep a close eye on their children’s social media activity, and not allow them to use platforms that have a strict age limit. Additionally, parents should consider keeping strong passwords for their own accounts along with setting up MFA (multi-factor authentication) so that it becomes harder to break into.

“Kids nowadays are acting like young adults online – just give them an Internet-connected device and they will find a way to things parents would like to ban forever. Knowing that online dangers go beyond pornography, to hacking and suicide websites may help parents protect their kids’ life on- and offline.”

Bitdefender research also discovered that teens between the ages of 14 and 16 are more likely to join “hate” websites that allow children to share what they hate and use inappropriate language. Researcher finds that more than 17% of all children reading or posting hateful messages online are 14 year olds followed by 15 year olds (16.52%) and 16 year olds (12.05%).

Here are the Bitdefender top web categories that most interest kids (and parents block):

Parents participating in the study live in the United States, France, Germany, the United Kingdom, Australia, Spain, and Romania.

Are you surprised by how the average kid is using their home-based internet connection?