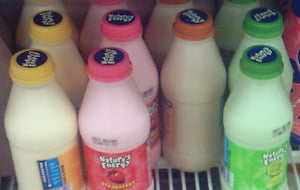 According to a recent study published in the journal Pediatrics, children should consume no more than two cups of milk per day to keep both vitamin D and iron at healthy levels.

The study — which was conducted by researchers at the University of Toronto in Canada and the Department of Pediatrics at St. Michael’s Hospital in Toronto, Canada — examined 1,311 healthy children between the ages of two and five years old who were recruited from December 2008 through December 2010 through the TARGet Kids! practice-based research network. The researchers compared vitamin D and iron levels with the consumption of cow’s milk.

The level of cow’s milk intake for the children in the study was measured by parental report. Vitamin D and iron levels were measured by using serum 25-hydroxyvitamin D and ferritin tests.

According to the study, each cup of milk consumed each day results in a 6.5% increase in vitamin D levels but a 3.6% decrease in iron levels.

To keep both vitamin D and iron at healthy levels, the researchers recommend giving children just two cups of milk per day. Children with darker skin who do not receive vitamin D supplements should drink three to four cups of milk during the winter months.

Vitamin D is necessary for bone health and disease prevention. Iron is vital for brain and psychomotor development.

How much cow’s milk do your children drink each day?

Milk is bad for children if more than two cups are consumed daily: http://www.inquisitr.com/457350/milk-is-bad-for-children-if-more-than-two-cups-are-consumed-daily/
The relationship between cow’s milk and stores of vitamin D and iron in early childhood: http://pediatrics.aappublications.org/content/early/2012/12/12/peds.2012-1793