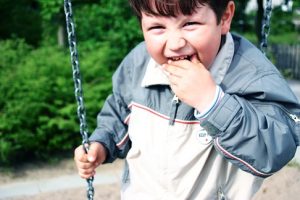 Obesity is a growing health problem among Americans of all ages including young children. The rate of childhood obesity has more than doubled over the past three decades in the United States, putting children at increased risk for high blood pressure and high cholesterol, both major risk factors for heart disease and stroke. Now a new study published in The American Journal of Clinical Nutrition identifies a number of risk factors that could prevent childhood obesity — or increase the risk if not modified.

For the present study, researchers led by Professor Siân M. Robinson of the Medical Research Council (MRC) Lifecourse Epidemiology Unit at the University of Southampton in the United Kingdom sought to examine the relationship between a number of early-life risk factors and obesity outcomes among children.

The findings indicate that “interventions to prevent obesity need to start earlier, even before conception, and that having a healthy body weight and not smoking at this time could be key.” In other words, many early-life risk factors for obesity are modifiable and preventable.

“The large differences in the risk of being overweight in childhood that were shown in this study highlight the importance of early-life risk factors.

“These findings could have important implications for obesity prevention policy and will help us to design future interventions aimed at optimizing body composition, with benefits for lifelong health.”

A study from 2014 found that many parents adopt infant feeding and activity practices that increase the risk of obesity among children later in life, further adding to the growing body of evidence that early-life factors are significant for health outcomes later in life.

A combination of early-life risk factors ‘could quadruple the risk of childhood obesity’: http://www.medicalnewstoday.com/articles/288850.php
Improving health before pregnancy could be key to the prevention of childhood obesity: http://www.southampton.ac.uk/mediacentre/news/2015/Feb/15_03.shtml
Modifiable early-life risk factors for childhood adiposity and overweight: An analysis of their combined impact and potential for prevention: http://ajcn.nutrition.org/content/early/2014/12/03/ajcn.114.094268.abstract