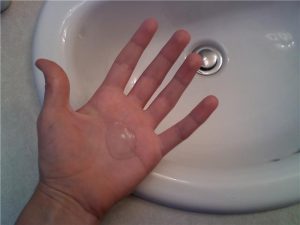 A new study presented Sunday at the American Chemical Society annual meeting in San Francisco suggests that contact with common antibacterial compounds like triclosan may cause developmental and reproductive issues.

Researchers have found that the antibacterial compound triclosan was found in all urine samples of tested pregnant women while another compound known as triclocarban appeared in more than 85 percent of all samples. Researchers also found another antibacterial agent, butyl paraben, in most urine and cord blood samples.

In investigating the compounds further, researchers found triclosan in more than half of all umbilical cord blood samples, indicating a very high chance that the chemical was ending up in some of the fetuses.

Triclosan is currently under investigation by the United States Food and Drug Administration (USDA) after animal studies showed that the chemical can cause interference with the way hormones function. That interference, known as endocrine disruption, can potentially affect the development of an unborn fetus.

According to study co-author Laura Geer, an assistant professor of environmental and occupational health sciences at SUNY Downstate School of Public Health, “These compounds have endocrine-disrupting potential, and the fetus is particularly vulnerable during its development to hormonal changes.”

What is more troubling is that triclosan is contained in more than 2,000 everyday consumer products including soaps, school supplies, detergents, and even toys, among various other products. Among the companies to use triclosan in their products are Avon, Proctor & Gamble, and Johnson & Johnson. Those companies, and many others, have announced plans to fully remove triclosan from their product lines.

This most recent study included 184 pregnant women living in Brooklyn, New York. Almost all women tested were found to have some level of triclosan in their body.

The antibacterial product known as butyl paraben is commonly used in cosmetics and has been linked in several peer-reviewed studies to shorter newborn length.

Numerous groups are attempting to have all three antibacterial compounds removed from all products. Those groups claim that even a small change in hormonal interference can have drastic effects on a fetus and a newborn child.