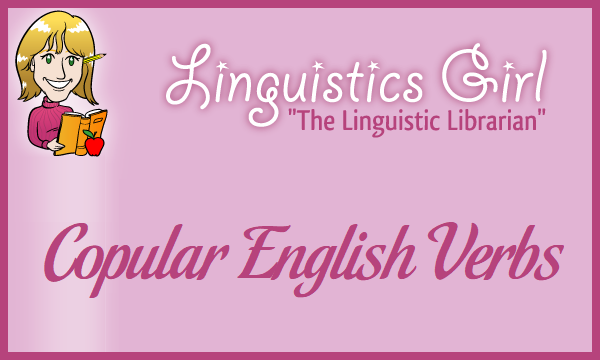 Traditional grammars define verbs as “action or state of being words.” Main verbs, or principal verbs, fall into five categories in English grammar. Copular verbs are English verbs that link the subject complement in the predicate to the grammatical subject. Copular verbs are similar to intransitive verbs and thus cannot occur within passive constructions.

Some common copular English verbs include the following:

As with other intransitive verbs, copular verbs cannot occur within passive constructions. Grammatical voice is loosely defined as the grammaticalized expression of relationships between predicate and nominal functions such as subject and object. The English language has two grammatical voices: active and passive. The active voice allows speakers to form sentences in which the grammatical subject performs the action of or acts upon the verb functioning as the predicate. The passive voice allows speakers to form sentences in which a direct or indirect object moves into the subject position. Because copular verbs take complements but not objects, copular verbs in active constructions cannot shift into the passive voice. For example:

Copular verbs in English grammar are equating verbs that link the subject complement in the predicate to the grammatical subject. Copular verbs are also called linking verbs, state-of-being verbs, and copula.