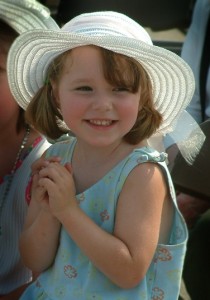 A new report published in the American Journal of Psychiatry has found that depression in children can start by preschool age. According to researchers from Washington University in St. Louis, preschoolers who are depressed are two and a half times more likely to continue to experience symptoms in elementary and middle school.

The study included 246 preschool children ranging from 3 to 5 years of age. Each child was monitored over a six year period with annual assessments performed by researchers. The research team also examined each child for additional psychiatric conditions that might occur over an extended period.

Each year, caregivers for the children were asked to evaluate their child’s sadness, irritability, guilt, sleep, and appetite. They were also asked to explain their child’s level of enjoyment for various activities and playtime. Researchers then watched parents interactive with their children through a two-way mirror. Researchers used their observations to determine if each child was being nurtured in a positive manner by their parents.

In a press release, child psychiatrist Dr. Joan Luby, who directs the University’s Early Emotional Development Program, writes, “It’s the same old bad news about depression; it is a chronic and recurrent disorder … But the good news is that if we can identify depression early, perhaps we have a window of opportunity to treat it more effectively.”

Dr. Luby further notes that early detection of depression in preschoolers could “potentially change the trajectory of the illness so that it is less likely to be chronic and recurring.”

Researchers also found that only 24 percent of the 172 children who were not depressed as preschoolers went on to develop depression later in life.

The study also found that children with mothers who suffer from depression are more likely to suffer from the condition.

Researchers note that children with mothers who nurture them are less likely to fall into depression or clinical depression. Researchers also note that very early intervention of depression can lead to better intervention. The younger kids are when they learn to deal with their depression, the more likely they are to develop coping methods that help reduce or even eliminate depression later in life. Once the signs have been recognized, a company like Psych Company should be contacted to see what treatment can be offered to overcome the illness.