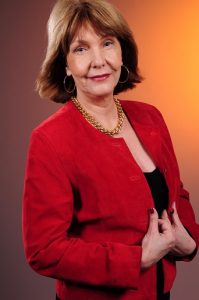 Older women with both diabetes and high estrogen levels have an increased risk of dementia compared to women without the combined conditions, suggests a new study published online in the journal Neurology.

Dementia is the general term for a loss of brain function that affects memory, thinking, language, judgment, and behavior. According to the Alzheimer’s Association, more than five million Americans suffer from Alzheimer’s disease, which is the most common form of dementia.

Estrogen is the primary female sex hormone that control both menstrual and estrous reproductive cycles.

Diabetes is a chronic disease in which high levels of sugar circulate in the blood. Common symptoms of the disease include increased urine output, thirst, hunger, and fatigue. Uncontrolled diabetes can cause heart disease, bone and joint disorders, skin problems, digestive problems, sexual dysfunction, blindness, infections, and even death.

In the present study, researchers led by Dr. Pierre-Yves Scarabin of the French National Institute of Health and Medical Research (INSERM) in Villejuif, France investigated a link among diabetes, high estrogen levels, and dementia in older women.

The researchers measured the estrogen levels in the blood of 543 women without dementia and 132 with the disorder. All of the women were over the age of 65 and postmenopausal. The participants were also assessed for dementia risk factors including diabetes, high blood pressure, abnormal blood clotting, and other heart health risk factors.

In other words, the hormone estrogen appears to be a factor in dementia development.

Previous research has suggested that estrogen hormone therapy may offer protective effects on the brain. The researchers were therefore surprised by the results of the present study. States Dr. Scarabin:

“However, more and more evidence suggests an association between high estradiol levels and dementia in women who have undergone menopause.

“Considering the expected increase in the number of elderly people with diabetes and dementia, more research on this topic should be urgently conducted.”