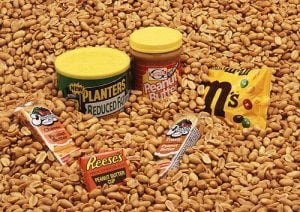 As Marjan Kljakovic, the lead author of the study and a Professor of General Practice at the ANU Medical School, states:

“Our results contribute to the argument that breast feeding alone does not appear to be protective against nut allergy in children – it may, in fact, be causative of allergy.”

“That is just not true. We believe that breastfeeding neither causes nor prevents food allergy.

It is true that it appears that people who have [a family history of] nut allergies are breastfeeding longer, but we strongly believe that is due to the fact that these people have been reading previous guidelines that recommend that breastfeeding prevents allergy.”

“Breastfeeding is best, there’s absolutely no risk about that. We don’t think it will prevent allergies, but it certainly won’t increase the risk of allergies.”

One of the major problems with the study that links breastfeeding to nut allergies is that the researchers did not take maternal diet into consideration. Says Allen:

According to groups such as the World Health Organisation (WHO) and the National Health and Medical Research Council (NHMRC), babies should be exclusively breastfed for the first six months of life.

Flawed research aside, Allen concludes that exclusive breastfeeding is not the cause of an increased risk for nut allergies:

“Parents can be reassured that what they eat during pregnancy and lactation, at this point in time, appears to have no effect whatsoever on their [future child’s] allergic risk.”

Did you exclusively breastfeed for the first six months of life? Does your child have a nut allergy?