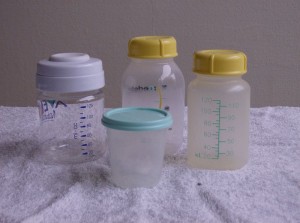 The demand for donated breast milk has reached record levels, and, because of this, supplies have been nearly depleted according to eleven milk banks located throughout the United States.

Speaking about the shortage, Mother’s Milk Bank head Pauline Sakamoto says children are losing out on the positive effects of breast milk:

Mother’s Milk Bank is located in a trailer behind the Santa Clara Valley Medical Center where they provided hospitals and families with 420,000 ounces of breast milk in 2010, and, since that time, those numbers have rising by 15 to 18 percent, creating supply issues for the first time in the company’s 37-year history.

“The problem that we’re facing is that we have a lot of kids that need milk. The preterm infant rate is not going down, and doctors are prescribing it more prolifically. And the milk’s just not coming in.”

At this time, all the agency can do is ask for more donations from willing mothers.