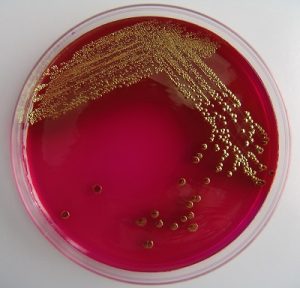 Drug-resistant bacteria, largely the result of the misuse and overuse of antibiotics, are at the forefront of public health concerns in the United States. Now a new alarming report published in the Journal of the Pediatric Infectious Diseases Society indicates that an antibiotic-resistant type of Gram-negative bacteria is infecting an increasing number of children in the country.

For the study, researchers from the Rush University Medical Center in Chicago, Illinois examined resistance patterns in approximately 370,000 clinical isolates from child patients collected from throughout the US between 1999 and 2011. The researchers focused on prevalence of Enterobacteriaceae, drug-resistant Gram-negative bacteria that produce an enzyme called extended-spectrum beta-lactamase (ESBL). ESBL hinders many of the strongest antibiotics.

Although uncommon, the bacteria is increasingly found in children, especially among children between the ages of 1 and 5 years old.

Almost 75 percent of these bacteria were resistant to several classes of antibiotics.

Comments lead author Dr. Latania K. Logan, “These antibiotic-resistant bacteria have traditionally been found in health care settings but are increasingly being found in the community, in people who have not had a significant history of health care exposure.”

Over half (51.3 percent) of the infected children in the study present in an outpatient setting.

Additionally, although infection with ESBL-producing bacteria is still uncommon, the researchers argue that additional studies are needed to define risk factors in children and the prevalence of bacterial infections in different settings. Doctors should also obtain cultures to determine which antibiotics are best to treat a bacterial infection.

Adds Dr. Logan, “Some infections in children that have typically been treated with oral antibiotics in the past may now require hospitalization, treatment with intravenous drugs, or both, as there may not be an oral option available.”

Additional research is also needed on new drug treatments for antibiotic-resistant bacteria in children. Summarizes Dr. Logan, “The overwhelming majority of current research for new pharmaceuticals against antibiotic-resistant organisms are in adults. New drug options will need to be available for young children.”