The Duck and the Alexander Hamilton U.S. Custom House features a rubber duck at the Alexander Hamilton U.S. Custom House in New York City. Located at 1 Bowling Green near the southern tip of Manhattan, the building is now the home of the George Gustav Heye Center of the National Museum of the American Indian. At the beginning of 2013, I made a resolution to post a weekly photograph of a rubber duck. Because my daughter loved rubber duckies so much, my goal was to post a picture a week of one of her rubber ducks. Her ducks have showed up in some pretty unusual places over the past few years as part of The Rubber Ducky Project. 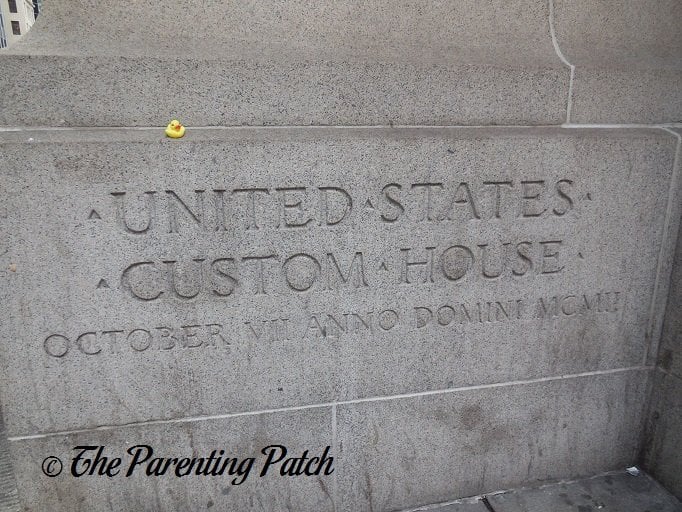