The Duck and the Delacorte Clock features a rubber duck beneath the Delacorte Clock — a clocked named after philanthropist George T. Delacorte that brings seasonal chimes and nursery rhymes on the half hour — in Central Park. At the beginning of 2013, I made a resolution to post a weekly photograph of a rubber duck. Because my daughter loved rubber duckies so much, my goal was to post a picture a week of one of her rubber ducks. Her ducks have showed up in some pretty unusual places over the past few years as part of The Rubber Ducky Project. 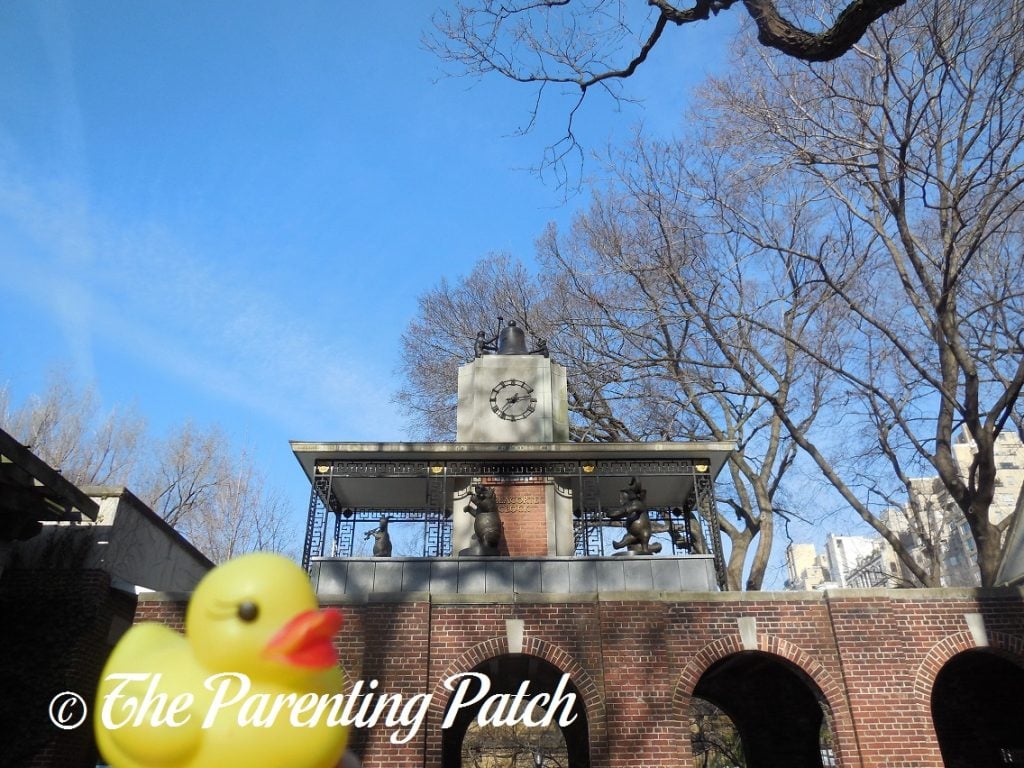 The Duck and the Delacorte Clock © 2016 Heather Johnson