The Duck and the Pigeon on the Empire State Building features a rubber duck next to a pigeon on top of the Empire State Building in New York City. At the beginning of 2013, I made a resolution to post a weekly photograph of a rubber duck. Because my daughter loved rubber duckies so much, my goal was to post a picture a week of one of her rubber ducks. Her ducks have showed up in some pretty unusual places over the past few years as part of The Rubber Ducky Project. 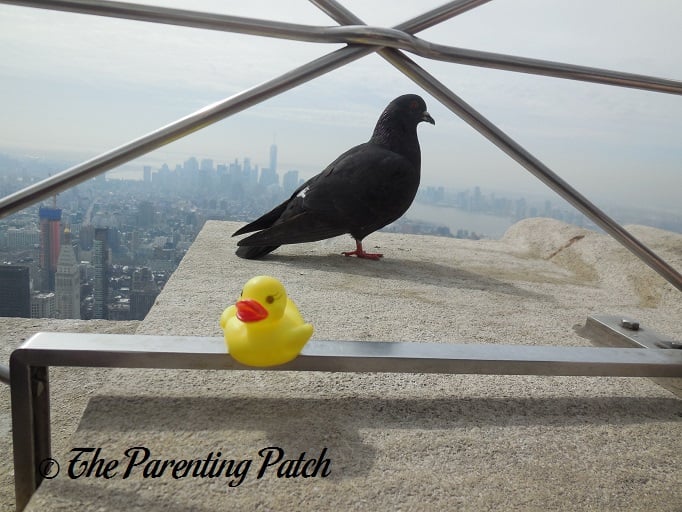