The Duck and the Pittsburgh Zoo & PPG Aquarium features a rubber duck in front of the sign for the Pittsburgh Zoo & PPG Aquarium — one of only six major zoo and aquarium combinations in the United States — located in Pittsburgh, Pennsylvania. At the beginning of 2013, I made a resolution to post a weekly photograph of a rubber duck. Because my daughter loved rubber duckies so much, my goal was to post a picture a week of one of her rubber ducks. Her ducks have showed up in some pretty unusual places over the past few years as part of The Rubber Ducky Project. 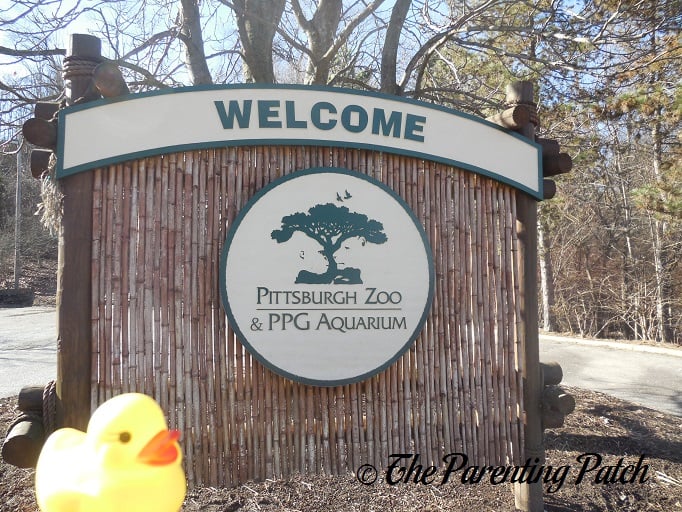 The Duck and the Pittsburgh Zoo & PPG Aquarium © 2016 Heather Johnson