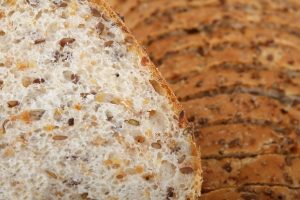 A new study adds to the growing body of evidence of the importance of eating a diet high in whole grains. Researchers at the Harvard School of Public Health have concluded that higher whole grain consumption may reduce the risk of total mortality as well as the risk of death resulting from cardiovascular disease.

“Compared with refined carbohydrates, whole grains contain many beneficial nutrients and phytochemicals that primarily reside in the outer layers of grains that are removed during milling processes to produce refined grain products.”

However, previous work on the benefits of eating high amounts of whole grains on overall health have remained inconsistent. Thus, for the present study, the researchers sought to examine the association between whole grain consumption and mortality.

For the study, the researchers analyzed 74,341 women from the Nurses’ Health Study (1984-2010) and 43,744 men from the Health Professionals Follow-Up Study (1986-2010). None of the participants in the two large prospective cohort studies had cardiovascular disease or cancer at the start of the research.

The participants completed food frequency questionnaires every two to four years throughout the studies from which whole grain consumption was estimated based on the dry weight of whole grain ingredients in all grain-containing foods consumed including bread, rice, breakfast cereal, and pasta.

During the course of the study, 26,920 deaths occurred.

The study did not find a link between whole grain consumption and cancer mortality.

The researchers do note a few limitations on the study such as the potential for measurement errors in whole grain intake on the self-reported food intake questionnaires and the participant population of mostly middle-aged or older and of European ancestry. Additional studies are needed to confirm the generalizability of the results among populations of other ancestries.

Other previous studies have found that high fiber diets full of whole grains may reduce the risk of obesity and diabetes as well as the risk of asthma. Vegetarian diets may also lower blood pressure.