Connect
To Top
NewsJanuary 3, 2015 This post may contain affiliate links 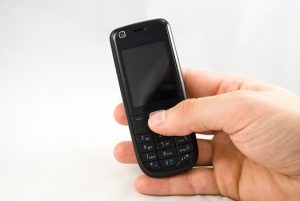 Texting may help improve completion rates for the influenza vaccine. According to a new study from researchers at the Mailman School of Public Health and Columbia University Medical Center published in the journal Pediatrics, text messages containing educational information about the need for second dose of the vaccine for children receiving the flu shot for the first time improved the timely delivery of a second dose of influenza vaccine compared to conventional text messages and written reminders.

For the study, researchers recruited families of eligible 6-month through 8-year-old children at the time of the first influenza vaccination for the children from three community clinics in New York City during the 2012-2013 influenza season. The researchers then randomly assigned a total of 660 children to “educational” text message, “conventional” text message, and “written reminder-only” arms.

The educational text message group also had more timely receipt of the second dose by day 42 and over time.

Comments principal investigator Melissa Stockwell, MD, MPH, assistant professor of Population and Family Health at the Mailman School of Public Health and assistant professor of Pediatrics at the Medical Center, “Text message programs like these allow for healthcare providers to care for their patients even when they are not in front of them in the office, somewhat like a modern day house call.”

Influenza, or the flu, is a contagious respiratory illness caused by various flu viruses. Symptoms of the flu include fever, chills, cough, sore throat, runny or stuffy nose, muscle or body aches, headaches, and fatigue. Complications of the flu include pneumonia, bronchitis, sinus and ear infections, and death. Influenza is not the same as the stomach flu, which is characterized by nausea, vomiting, and diarrhea. The seasonal influenza vaccine including the flu shot protects against the respiratory flu.