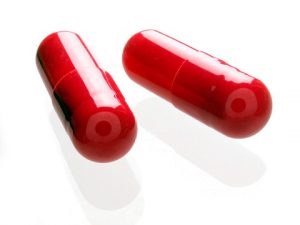 The negative effects of antibiotic use appear even far-more reaching than previously thought. A new study published online in the journal Gut finds that antibiotics affect the microorganisms that live in the gut in more broad and complex ways than previously known.

Known side effects of antibiotics include disrupting the natural and beneficial microbiota of the gastrointestinal system. Other unwanted effects likely affect the immune system, glucose metabolism, food absorption, obesity, stress, and behavior. The present study supported by Oregon State University, the Medical Research Foundation of Oregon, and the National Institutes of Health sought to better understand the widespread damage that antibiotics cause to the gut and to offer new ways to investigate and offset the consequences.

Comments Andrey Morgun, an assistant professor in the OSU College of Pharmacy, on the importance of the research:

“Just in the past decade a whole new universe has opened up about the far-reaching effects of antibiotic use, and now we’re exploring it. The study of microbiota is just exploding. Nothing we find would surprise me at this point.”

For the study, researchers at Oregon State University used mice to examine the effects of four antibiotics commonly given to lab animals. The new study confirms that the antibiotics kill gut bacteria and block some immune functions in the gut. Additionally and previously unknown, antibiotics also destroy cells in the intestinal epithelium.

The intestinal epithelium is a velvet-like layer of specialized cells that lines the intestine that helps absorb water, glucose, and essential nutrients into the bloodstream and that acts as a barrier between the rest of the body and the huge colonies of bacteria that live in the gut.

“Prior to this most people thought antibiotics only depleted microbiota and diminished several important immune functions that take place in the gut. Actually that’s only about one-third of the picture. They also kill intestinal epithelium. Destruction of the intestinal epithelium is important because this is the site of nutrient absorption, part of our immune system and it has other biological functions that play a role in human health.”

Antibiotics can cause significant changes in mitochondrial function in the intestinal epithelium, which can lead to more epithelial cell death. Essential for good health, mitochondria plays a major role in cell signaling, growth, and energy production.

The effects of antibiotics on the gut can disrupt digestion and cause diarrhea and ulcerative colitis as well as affecting immune function, obesity, food absorption, depression, sepsis, asthma, and allergies by disrupting communication between the host and gut bacteria.

Says Morgun, “When the host microbe communication system gets out of balance it can lead to a chain of seemingly unrelated problems.”

The findings of the study suggest that killing bad bacteria with antibiotics is likely not the best way to deal with infections. Rather, boosting healthy and functioning microbiota may be able to outcompete the unwanted microbes and improve immune function.

The present study also developed a new bioinformatics approach named “”transkingdom network interrogation” to studying gut microbes, which could help further speed the study of any alterations of host microbiota interactions and antibiotic effects and aid the search for new probiotics to help offset antibiotic effects.

Another recent study found that doctors still prescribe antibiotics to children twice as often as needed for respiratory infections.