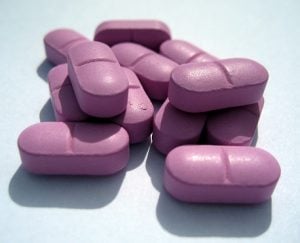 As a result of poor maternal nutrition, many pregnant women in resource-poor regions such as southern Asia suffer from multiple micronutrient deficiencies.

Using a  cluster randomized, double-masked trial in Bangladesh, the researchers studied 44,567 women who became pregnant during the course of the study. Of the total participants, the women delivered 28,516 live-born infants.

The researchers provided the women in the study with supplements containing fifteen micronutrients or only iron–folic acid taken daily from early pregnancy to twelve weeks postpartum.

In other words, maternal supplementation with multiple micronutrients does not reduce infant mortality.

Maternal supplementation with multiple micronutrients therefore appears to reduce the risk of premature birth and low birth weight as well as stillbirth.

Write the authors of the study on the findings:

“Our study’s null finding is in agreement with a small number of trials that have provided an antenatal multiple micronutrient vs iron supplement, with or without folic acid, and found no effect on neonatal mortality.”

“Reasons for a null effect on postnatal survival after improvement in some birth outcomes with antenatal multiple micronutrient supplement use remain unknown but may reflect a complex interplay between maternal and newborn sizes and differential responses to supplementation by causes of death.”

Another study from earlier in the year found that less than one in three women supplement with folic acid before pregnancy.