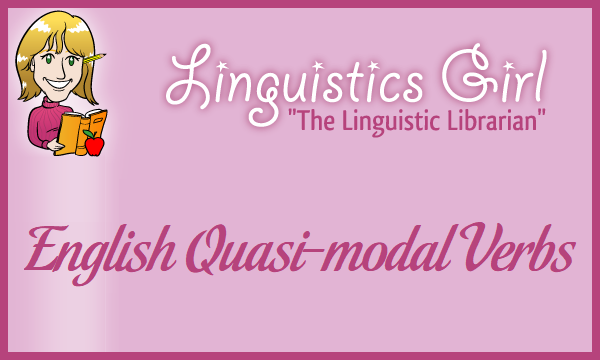 Unlike prototypical English verbs, modal verbs including quasi-modal verbs are defective and neutral. Verbal defectiveness refers to a lack of nonfinite forms, and verbal neutralization refers to the lack of a separate third person singular simple present form. For example:

Quasi-modal verbs also do not reflect grammatical number. For example:

Unlike prototypical English verbs but like full modal verbs, quasi-modal verbs perform only one grammatical function: modal. Modals in English grammar are words that express modality. Modality is the grammaticalized expression of the subjective attitudes and opinions of the speaker including possibility, probability, necessity, obligation, permissibility, ability, desire, and contingency.

Quasi-modal verbs are a subcategory of modal verbs that possess some but not all grammatical properties of prototypical modals. The five quasi-modal verbs in the English language are ought (to), had better/best, used to, dare, and need.