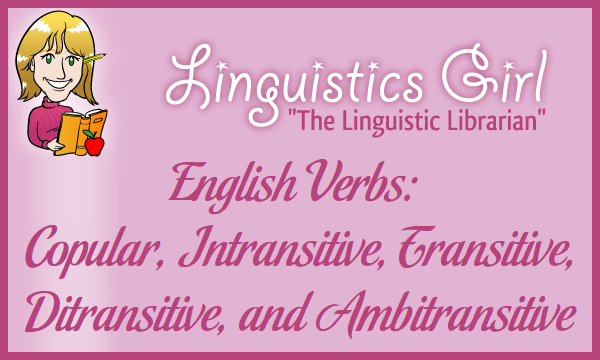 Verbs are traditionally defined as “action or state of being words.” In the English language, main or principal verbs may be classified into five categories:

Some grammars refer to the copular verbs as a copula verb, copula, or linking verb.

Many intransitive verbs in English are also prepositional verbs, which are verbs that required a verb phrase complement in the form of a prepositional phrase. For example:

Many phrasal verbs in English are transitive verbs.

The majority of verbs in English are ambitransitive rather than purely intransitive, transitive, or ditransitive.