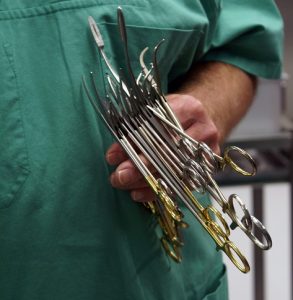 Episiotomy occurred in 25 percent of vaginal births in the United States in 2004. However, following the recommendations from various experts for the restricted use of the procedure, episiotomy rates fell between 2006 and 2012.

A obstetric procedure, episiotomy is a surgical incision used to enlarge the vaginal opening during the birth of a baby. Local anesthetic or an epidural numb the area to prevent pain from the incision.

The American Pregnancy Association (APA) indicates that a woman may require an episiotomy for a number of reasons such as a quick birth in which the perineum has not had time to stretch slowly, a baby head too large for the vaginal opening, fetal distress, forcep or vacuum assisted delivery, and complications during a breech birth.

However, the effects of the evidence-based recommendations in 2006 and 2008 on episiotomy rates remained unclear. Thus, for the present study published in the journal JAMA, researchers led by Dr. Alexander Friedman of Columbia University College of Physicians and Surgeons in New York sought to determine episiotomy rates between 2006 and 2012.

Using information on women who underwent vaginal delivery between 2006 and 2012 from the Perspective database, which contains data from over 510 hospitals and covers approximately 15 percent of hospitalizations in the United States, the researchers identified 2,261,070 women who visited a hospital for a vaginal birth. Of the total women, 325,193 (14.4 percent) underwent episiotomy.

The researchers additionally note that several demographic characteristics were associated with episiotomy. For example, 15.7 percent of white women underwent the procedure versus 7.9 percent of black women. Women with commercial insurance (17.2 percent) were more likely to receive episiotomy than women with Medicaid insurance (11.2 percent). Rural and teaching hospitals also utilized the procedure less frequently.

Comment the researchers, “These observations suggest non-medical factors are related to use of episiotomy,” adding that further research is needed to determine the reason for the differences episiotomy rates.

The APA suggests that a woman can avoid an unwanted episiotomy by making her wishes clear in her birth plan and discussing the issue with her health care provider during routine prenatal care.