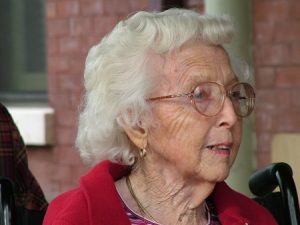 Exposure to common infections may be linked to a decline in brain functions like memory and reasoning, suggests new research presented at the International Stroke Conference 2014 of the American Stroke Association in San Diego, California.

Researchers led by Dr. Clinton Wright, scientific director of the Evelyn F. McKnight Brain Institute at the University of Miami, further investigated the findings reported in 2013 in the journal Stroke that discovered that brain function may decline as heart disease risk factors increase. Other previous studies have also found a link between certain infections and an increased risk of stroke and Alzheimer’s disease.

Comments Dr. Wright, “We were very interested in what were the risk factors for cognitive performance and decline.”

However, Dr. Wright also cautions, “We are worried about memory decline. The findings suggest maybe there is an association with memory decline and exposure to some bacteria and viruses, but we haven’t proven it in this study.”

For the study, the researchers conducted brain function tests on 588 older participants to assess memory and thinking ability. The researcher also tested the participants for evidence of exposure to the bacteria C. pneumoniae and H. pylori as well as the cytomegalovirus and herpes simplex viruses 1 and 2. All of the participants participated in the Northern Manhattan Study, a research project examining stroke and stroke risk factors in the Northern Manhattan community.

Dr. Wright explains that exposure to an infection-causing microbe does not always result in typical symptoms: “Infection is a little bit of a strong term. We measured exposure to these pathogens, but it doesn’t mean they became ill. A lot of people are exposed to H. pylori, for example, who never get an ulcer. Just like the common cold, you may or may not be symptomatic.”

In other words, individuals may be exposed to bacteria and viruses but not develop any symptoms of infection.

After five years, the original participants returned for additional tests of mental ability. The researchers discovered that increased antibody levels in blood were linked to worse mental performance including poorer executive function and language performance.

One hypothesis for the link between exposure to common infections and brain function decline involves the build-up of fatty substances in the carotid arteries, which results in the narrowing of the two large vessels that supply oxygenated blood to the brain.

States Dr. Wright, “We’ve previously found in other studies that people with greater infectious burden had a higher risk of stroke, and were more likely to have carotid plaque. This time we looked at detailed cognitive [mental function] testing, both at the first time point and then also in a subgroup who we followed up with cognitive testing five years later.”

Dr. Wright additionally cautions that the cause of the brain function decline associated with exposure to common infections has not yet been determined: “We are suggesting there is a link with vascular disease, that maybe there’s a vascular link to worse cognition through this immune pathway. But the study doesn’t explain why the infections are related to worsening cognitive function.”

Adds Dr. Wright, “It could be caused by an immune system response to the infections or the infection itself could result in clinical damage that we’re not aware of.”

Further studies still need to be conducted on the link between exposure to common infections and a decline in brain function.