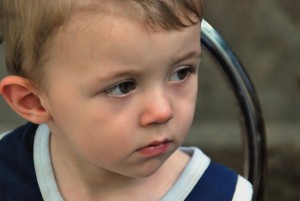 Although the exact cause or causes of autism and related disorders are still unknown, a new study from the University of Chicago as published in the journal PLOS Computational Biology offers strong evidence that environmental toxins play a role in the disorder.

Autism, and autism spectrum disorder (ASD), is a developmental disorder that affects the normal development of social and communication skills characterized by impaired social interaction and verbal and non-verbal communication and by restricted, repetitive, or stereotyped behavior. ASD affects nearly one in 88 children in the United States. Children with Autism Spectrum Disorder may need to be taken to an ABA Therapist nearby for treatment. In applied behavioral analysis (ABA) therapy, children’s communication and social skills can be improved through learning principles.

Previous research has suggested that prenatal exposure to pollution increases the risk of autism. For example, pregnant women exposed to air pollution are twice as likely to have a child with autism compared to the children of unexposed mothers.

For the present study, researchers including Andrey Rzhetsky, PhD, professor of genetic medicine and human genetics at the University of Chicago, analyzed medical information from an insurance claims database that involved almost 100 million patients across the United States. The researchers assessed the levels of congenital malformations of the reproductive system in males as an indicator of parental exposure to environmental toxins.

Male fetuses are especially sensitive to certain environmental toxins that may cause reproductive malformations such as micropenis and undescended testicles.

According to the study, a one percent increase in the reproductive birth defects corresponded to a 283 percent increase in autism. Additionally, boys with autism were almost six times more likely to have genital malformations at birth. In other words, exposure to environmental toxins appears to significantly increase the risk of autism.

States Prof. Rzhetsky, “Autism appears to be strongly correlated with rate of congenital malformations of the genitals in males across the country. This gives an indicator of environmental load and the effect is surprisingly strong.”

The researchers also acknowledge that compounding factors such as ease of access to data could differ between counties or uneven genetic distribution for which the study did not account may have an effect on the results. Additional studies are therefore anticipated on the potential link between exposure to environmental toxins and autism.

Summarize the researchers, “We interpret the results of this study as a strong environmental signal. For future genetic studies we may have to take into account where data were collected, because it’s possible that you can get two identical kids in two different counties and one would have autism and the other would not.”