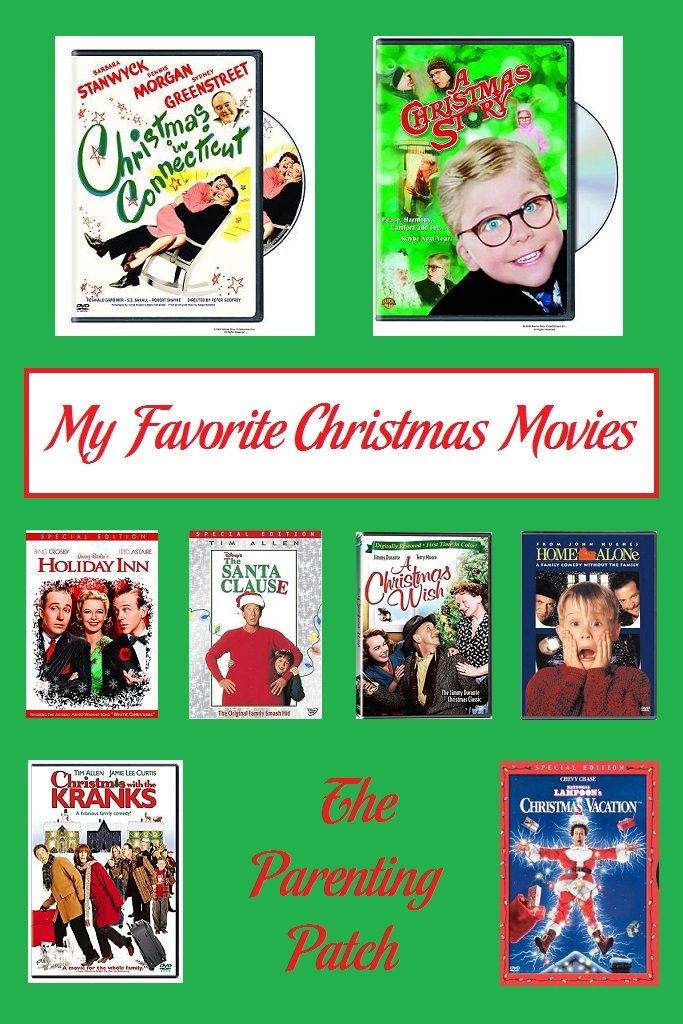 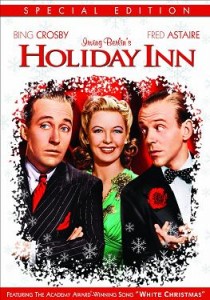 Holiday Inn is a Christmas classic from 1942 that stars Bing Crosby, Fred Astaire, and Marjorie Reynolds. The story follows Jim Hardy (Crosby) and Ted Hanover (Astaire) who are both partners and rivals in a song and dance act. When the men compete for the hand of their female performing partner and Jim loses, Jim moves to a farm in Connecticut. On the farm, he starts an inn open only on holidays with the help of Linda Mason (Reynolds). When a drunken Ted stumbles into the “holiday inn” after being dumped by the former performing partner, he accidentally ends up dancing with Linda. Hilarity ensues as Jim attempts to hide Linda from Ted, hoping not to lose another partner and potential love. Holiday Inn features holiday-themed songs such as “Easter Parade” as well as the beloved “White Christmas,” which first debuted in the film. I must admit that I have a slight crush on Bing Crosby. 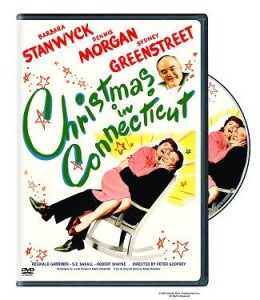 Christmas in Connecticut is another holiday classic from 1945 that stars Barbara Stanwyck, Dennis Morgan, and Sydney Greenstreet. The story follows Elizabeth Lane (Stanwyck), a housekeeping magazine columnist who has lied about being the perfect housewife and mother. When the publisher of her magazine (Greenstreet) invites himself and and a returning war hero (Morgan) to her farm for a traditional family Christmas, Elizabeth finally agrees to marry a friend who owns a farm in Connecticut. Hilarity ensues as Elizabeth attempts to cover her deception despite her inability to cook and her lack of experience with babies. I love the nostalgia for a traditional Christmas that never was as well as the love story intertwined throughout the movie. 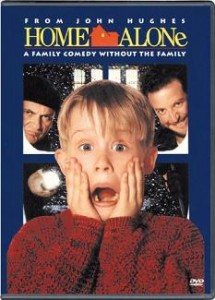 Home Alone staring Macaulay Culkin, Joe Pesci, and Daniel Stern is a 1990 holiday classic from my childhood. When Kevin (Culkin) finds himself home alone after his family mistakenly leaves him behind during a holiday trip to France, he also discovers that he must protect his home from two opportunistic burglars (Pescie, Stern). When Harry and Marv finally break in, the bungling burglars must face a house booby trapped by an 8-year-old boy. Home Alone convinced me that I too could protect my home from criminals as a child. I also feel the same way as Kevin about the importance of the Christmas tree during the holidays. 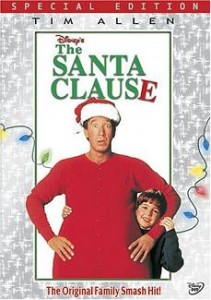 The Santa Clause staring Tim Allen is another classic Christmas movie of my childhood from 1994. Divorced businessman Scott Calvin (Allen) works for a toy company. When his son comes to spend Christmas Eve with him, Scott accidentally kills Santa Claus. At the urging of his son, Scott puts on the red Santa suit, inadvertently agreeing to become the next Santa. Over the next year, Scott must come to terms with his new career path while all the while fighting for the right to see his son. The Santa Clause is the reason that Santa Claus looks like Tim Allen in my mind. 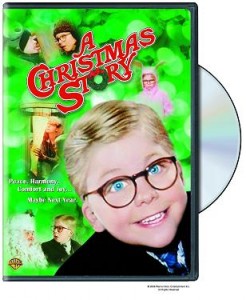 A Christmas Story from 1983 staring Peter Billingsley, Melinda Dillon, and Darren McGavin is another nostalgic Christmas movie. The plot follows Ralphie (Billingsley) as he tries to convince his parents to buy him a Red Ryder B.B. gun for Christmas. A Christmas Story is filled with classics such as the leg lamp, the pink bunny suit, and “you’ll shoot your eye out.” I could, can, and do watch this movie over and over again during the Christmas season. 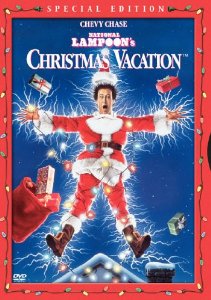 National Lampoon’s Christmas Vacation, or simply Christmas Vacation, from 1989 and staring Chevy Chase and Beverly D’Angelo is the epitome of Christmas movies in my book. When Clark Griswold (Chase) sets out to create a fun, old-fashioned family Christmas for his family, every step along the way is filled with disaster. From forgetting the ax to chop down the Christmas tree, a Christmas tree too large for the house, and 10,000 twinkle lights that refuse to twinkle to unexpected visitors (both human and animal), a dried out turkey, and the early demise of a feline, the Griswold family Christmas is more failure than fun. The misadventures of Clark Griswold remind me way too much of my own Christmas capers.

Christmas with the Kranks 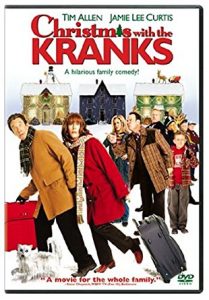 Christmas with the Kranks from 2005 and staring Tim Allen and Jamie Lee Curtis is a new holiday favorite in my house. When only daughter Blair leaves the family nest, Luther and Nora Krank (Allen and Curtis) decide to book an island cruise to beat the yuletide blues and just skip Christmas. Their decision to boycott tradition has the whole neighborhood in an uproar, and, when Blair calls on Christmas Eve to announce a surprise visit with her new fiancée, the Kranks have just twelve hours to perform a miracle and pull themselves and their neighbors together to throw the best celebration ever! 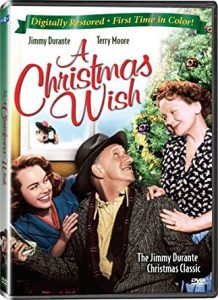 A Christmas Wish, also known as The Great Rupert, from 1950 stars Jimmy Durante and Terry Moore. The story follows a family who is down on their luck at Christmas time. Shortly before Christmas, the three move into an apartment where Rupert the squirrel lives in the attic rafters. Rupert not only saves Christmas for the family but changes their lives forever. Rupert the Squirrel will charm young and old alike with George Pal’s Academy Award winning animation that is quite impressive for 1950. Jimmy Durante shines when he sings well-loved Christmas carols in the evocative voice that made him a recording legend.

What is your favorite Christmas movie?