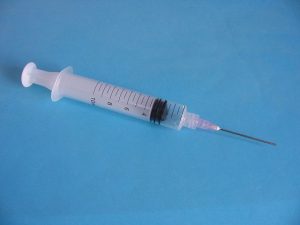 The Food and Drug Administration (FDA) has approved a second vaccine for individuals between the ages of 10 and 25 years old to prevent invasive meningococcal disease caused by Neisseria meningitidis serogroup B: Bexsero.

Meningococcal disease refers to any illness caused by the bacteria Neisseria meningitidis. Meningococcus bacteria spread through the exchange of respiratory and throat secretions. The disease is treatable with antibiotics but requires quick medical attention. Symptoms include sudden onset of fever, headache, and stiff neck. The disease is often severe, and complications include infections of the lining of the brain and spinal cord (meningitis) and bloodstream infections (bacteremia or septicemia). Vaccination is the best defense against meningococcal disease.

Comments Karen Midthun, M.D., director of the Center for Biologics Evaluation and Research at the FDA:

“With today’s approval of Bexsero, the U.S. now has two vaccines for the prevention of serogroup B meningococcal disease. The approval of these vaccines represents a major public health accomplishment toward preventing this life-threatening disease.”

Three studies to evaluate the efficacy of Bexsero have been conducted in Canada, Australia, Chile, and the United Kingdom in approximately 2,600 adolescents and young adults. Of the total participants, 62 to 88 percent developed antibodies against three different Neisseria meningitidis serogroup B strains after two doses of the new vaccine compared to 0 to 23 percent before vaccination. The three strains are representative of strains that cause serogroup B meningococcal disease in the United States.

Another study on the safety of Bexsero conducted in approximately 5,000 participants who received the vaccine in the United States and abroad found that the most commonly reported side effects are pain and swelling at the injection site, headache, diarrhea, muscle pain, joint pain, fatigue, and chills. The safety of the vaccine was also monitored in more than 15,000 individuals who received the vaccine prior to approval in response to two university outbreaks of serogroup B meningococcal disease in the United States.

Because the FDA used the accelerated approval regulatory pathway to approve Bexsero, the manufacturer will conduct further studies to verify the effectiveness of the vaccine. Accelerated approval allows for quicker approval of products for serious or life-threatening diseases.

Bexsero is manufactured by Novartis Vaccines and Diagnostics Inc.