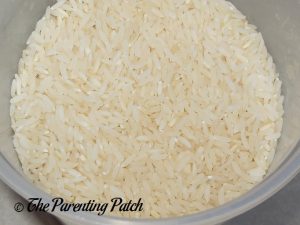 Prompted by concerns about the potential health risks from arsenic in infant rice cereal, the U.S. Food and Drug Administration (FDA) announced a proposed limit on inorganic arsenic in the baby food on Friday. The proposed limit is 100 parts per billion, a limit that is similar to the level set by the European Commission for rice used in the production of food for infants and young children.

Consumers should note that FDA testing found that most infant rice cereal currently sold in the United States either meets, or is close to, the proposed action level. More than three-quarters of 76 samples tested had levels at or below 110 parts per billion. The FDA additionally expects that manufacturers can produce infant rice cereal that meet or are below the proposed limit with the use of good manufacturing practices including sourcing rice with lower inorganic arsenic levels.

States Susan Mayne, director of the Center for Food Safety and Applied Nutrition at the FDA, in a news release: “Our actions are driven by our duty to protect the public health and our careful analysis of the data and the emerging science. The proposed limit is a prudent and achievable step to reduce exposure to arsenic among infants.”

Highly toxic in its inorganic form, arsenic is a poisonous substance that occurs naturally in water, rocks, soil, air, plants, and animals. Arsenic poisoning is a medical condition caused by elevated levels of arsenic in the body that ultimately results in coma and death. Exposure to high levels may increase the risk of cancer, gastrointestinal disorders, cardiovascular disease, neurotoxicity, diabetes, and other diseases as well as fetal death, reduced birth weight, and impaired cognitive functioning among children. Contaminated water used for drinking, food preparation, and irrigation of food crops poses the greatest threat to public health from arsenic. The most important action against arsenic poisoning is the prevention of exposure to arsenic by provision of a safe water supply.

Traces of arsenic are present in most foods including grains, fruits, and vegetables. However, rice absorbs the poisonous substance more easily than other foods. Rice cereals have long been one of the first foods introduced to babies, subsequently increasing the risk of arsenic exposure in infants. Relative to body weight, rice intake for infants is approximately three times greater than for adults, and national intake data shows that humans consume the most rice relative to weight at around eight months of age.

In addition to the proposed limits, the FDA also offers the following advice to parents and caregivers of infants:

Pregnant women should also consume a variety of foods including varied grains such as wheat, oats, and barley for good nutrition. The advice is consistent with long-standing nutrition guidance to pregnant women from the American Congress of Obstetricians and Gynecologists (ACOG).

However, Urvashi Rangan, Ph.D., executive director of the Consumer Reports Food Safety & Sustainability Center, which released a report on arsenic levels in rice in 2014, has concerns that the proposed limits are not stringent enough:

“While Consumer Reports is pleased to see that the FDA has finally proposed a limit on arsenic in infant rice cereal, and it is close to the level we recommended more than three years ago, we remain concerned that so many other rice-based products consumed by children and adults remain without any standards at all. This is particularly true of children’s ready-to-eat cereals.”

The FDA acknowledges the wide range of arsenic found in rice and rice products and urges food producers to source rice products with the lowest inorganic arsenic.

Gerber, a major manufacturer of infant rice cereal and other baby foods, released a statement in response to the limits proposed by the FDA:

“You may have recently heard that the FDA has proposed new guidance on the acceptable levels of arsenic in infant rice cereal. We understand that hearing such information is concerning and want to reassure you that Gerber infant rice cereal is safe and already meets the level proposed by the FDA.”

“Prior to the FDA’s announcement Gerber infant rice cereals met the European Union (EU) limit for arsenic in rice used in foods for infants and young children which is consistent with the level proposed by the FDA.  The EU standard and the FDA proposed guidance are among the strictest and most current available in the world today.”

The FDA will accept public comments on the proposed action level and the risk assessment for 90 days.

A 2015 study found that breastfeeding may also significantly reduce arsenic exposure in infants.